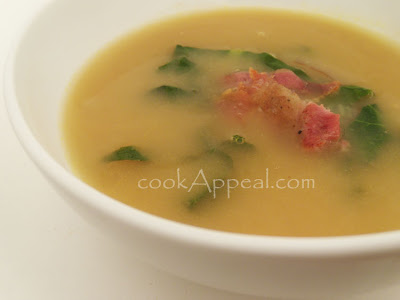 Hubby and I traveled up north to Hoboken, NJ for a family gathering. We ate a modest lunch, and at best had a few vegetables with spinach dip at his sisters apartment; which gave us an appetite for some adventurous and filling food. Hoboken is quite a unique little city, and is often referred to as Little NYC. Almost as if it broke off from Manhattan and floated over to Jersey. 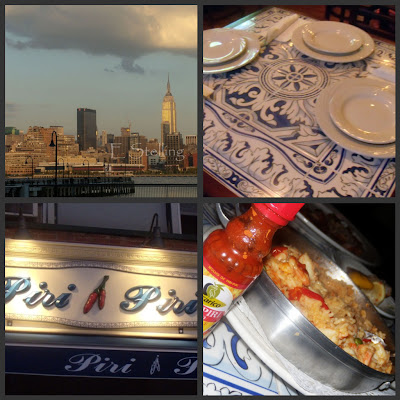 There are many great restaurants to try in Hoboken, and we do not go as often as we would like. One place caught my eye as we drove down Washington, Piri Piri- Portuguese Cuisine. Food offerings you do not see in the Princeton area, but I am sure you see in places like the real NYC.
Their front windows slide open to the street for an urban city feel, and includes some outside table seating. I call it great 'people watching' decor, one of the lures of any urban area. This particular day was chilly, so we sat inside. Piri Piri's interior had a European feel that consisted of burnt orange and brick walls with a splash of deft blue table tiles. 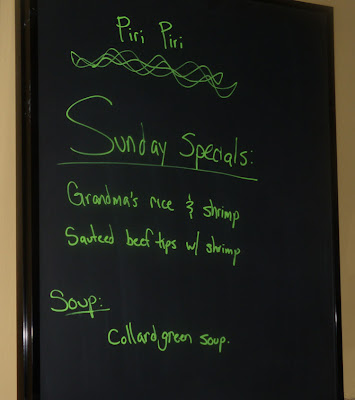 Their moderate sized and priced menu offered food for many taste buds. Just across from our table we noticed a small menu board that was black in the dimly lit space, but with florescent wording.

We made our choices. I would have a cup of the Caldo Verde- Kale Soup (they were calling their version collard green soup) and Grandma's Rice and Shrimp. Hubby ordered the BBQ pork ribs that came with rice and Piri Piri potatoes (their version of homemade American chips). The recommended that the special I ordered was hug, and we should share a sample of the soup (no small portions sold).

Waiters bring out a curious little condiment holders filled with Carocos (black olives) and Azeitonas (spicy pickled banana peppers, carrots, and cauliflower pieces). Hubby dislikes olives, so I enjoyed them all by myself.
We were pleased when the food arrived- Grandmas rice and shrimp (a huge portion) was served in a traditional Spanish paella platter, and the flavor was vaguely familiar, but great. In the mood for some spicy flavor after eating the condiments, I asked the waiter if the had a hot sauce. The staff was very friendly in spite of the crowd, but gave great service, answered questions about the food, opened our wine, and even brought me a bottle of Portuguese hot sauce. The bottle sported the same name of the restaurant!

Hubby was not so pleased with his ribs, but was hungry all the same. I found that squeezing the lemon juice on the crispy pork ribs gave it a nice touch. BBQ was the highlight of the menu, and I found the crispy, almost pork skin crisp appealing. The rice however was rather bland, and I never understood rice and chips served together as a side. Realizing they are both traditionally served in Spain and Portugal, but I feel more vegetarian sides should be offered.

Both of us were quite surprised when the soup came to our table. I asked if it was a traditional recipe, and why was there so little collard greens present, as the name mis-represented itself. He explained that traditionally it was a potato and roasted garlic soup. The presentation was however appealing with the garnish of greens and thinly sliced chorizo. No more qualms, I took the first bite...it was delicious! 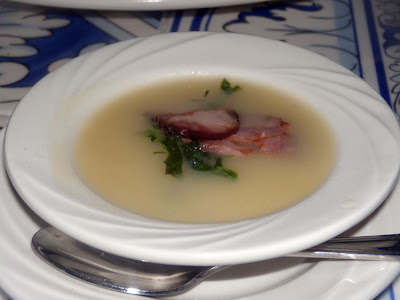 Even to this day,  I cannot get that restaurant out of my head. Every dish was great, and that soup...what a wonderful way to take the chill off of our evening. I could not wait to talk to my friend Rico @ Rico's Cafe to hear his take on this experience (he is Portuguese) and ask him for more Portuguese recipes like these.

Our day in Hoboken was very eventful. Who does not like walking in that city environment and coming away with a good restaurant experience? The soup kept lingering in the back of my mind, so I did the research and made a pot. I could eat soup anytime of the year...

Prepare the garlic heads by removing the loose outer husk off of garlic; slice off a tiny bit of the top, place the garlic on a square of aluminum foil; drizzle a little olive oil over it. Fold the foil up; crimp to seal it. Roast the garlic for about 40 minutes, or until it gives when pressed. Allow it to cool. (I made this the night before)

Meanwhile, peel and dice the potatoes, cut the celery into small dice, and combine the vegetables in a soup pot along with 3 cups cold water. Add the thyme, bay leaf, 1 teaspoon salt, some black pepper, and a large pinch of red pepper flakes. Bring the water to a boil, lower the heat, and simmer, covered, for 15 minutes or until the vegetables are completely soft.

Squeeze the soft roasted cloves out of their skins and add them to the soup. Stir in the milk and puree the soup in a blender, in batches, or with an immersion blender, but be careful not to over process. Stop the moment the vegetables are smooth, or the potatoes could turn too starchy.

Return the soup to the pot, and stir in enough vegetable broth to give the soup the consistency you like. Taste, and add salt and pepper if needed. I stirred in the goat cheese at this point until it blended well.

Clean, dry, trim the kale, slicing away the tough stems, and cut it into 1-inch squares. Heat 1 tablespoon olive oil in a nonstick pan and stir the chopped garlic in it for a minute or two, just until it begins to color. Add the kale and saute it, stirring constantly at first, then frequently, until it thoroughly wilts. Add a splash of soup broth (a few tablespoons); then cover the pan and let the kale steam until the water is gone and the kale is tender, 5 to 6 minutes. Stir the kale into the soup.

Drizzle about a teaspoon of the remaining roasted garlic olive oil over each serving of soup, and like the Portuguese restaurant I dined at, Piri Piri, I added some slivers of chorizo I crisped in the pan before cooking my kale. Also throw a splash of hot sauce on top before eating; it will heat up the upcoming cold nights! I scored some of this hot sauce to take home. Thanks guys for letting me have this great taste of Portugal! 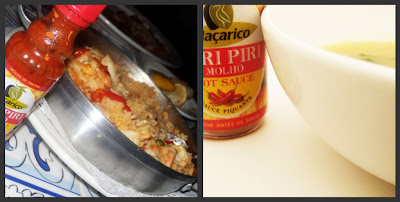 I am looking forward to visiting Piri Piri again and having another helping of 'Grandmas Rice'...

Piri piri is the name used in the ex-Portuguese colony of Mozambique to describe the African bird's-eye chili. There are several variations in spelling derived from various pronunciations of the word throughout Africa, but "Piri piri" is the correct spelling in Portuguese.

In Japanese, in some cases, the term piri piri is used to describe something stinging on the tongue.
Posted by Chef E at Monday, October 26, 2009