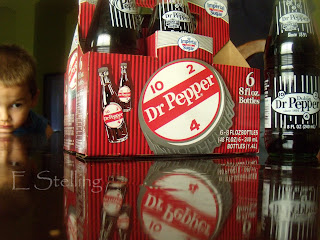 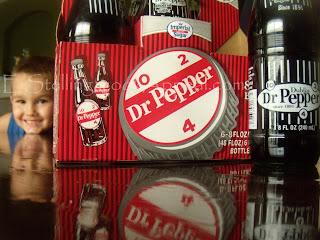 You got a 'Dr. Pepper Float' once you arrived home...and believe me, I love my root beer floats, but something about this that brings back even more memories... 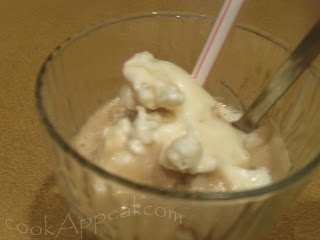 On my visit, I was reminded that the original and oldest Dr. Pepper plant was still producing the original Pure Cane Sugar Dr. Pepper recipe bottles...and how many Texans still love this old nostalgia treat!

I also used a bottle to marinate some beef ribs overnight in the fridge... 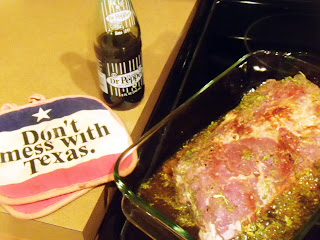 ...pour a little into your 'bake bean' recipe instead of brown sugar... 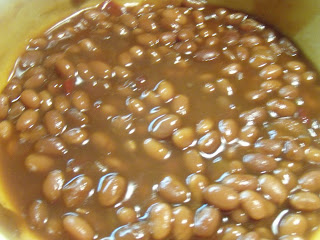 ...after being on the grill I added some Dean Fearing's Mop Sauce that had a 'Molasses' base, and we decided I should have left them just as they were (made it too sweet), or used a spicy 'hot' based BBQ sauce to the 'sweet' Dublin Dr. Pepper base marinade...they were still tender, and juicy! 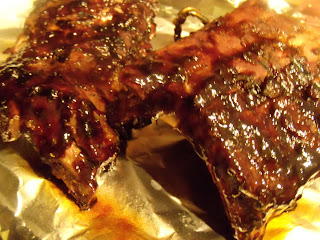 HAPPY FOURTH OF JULY TO EVERYONE!!!

In 1885 Waco, Texas was a wild frontier town, nicknamed “six-shooter junction.” Wade Morrison’s Old Corner Drug Store was a prominent business and popular meeting place in downtown Waco. People came in for everything from flea powder to stationery, from cigars to fountain drinks.

One of Morrison’s employees, pharmacist Charles Alderton, noticed how customers loved the smell of the soda fountain with its many fruit, spice and berry aromas. He wanted to invent a drink that tasted the wonderful way the soda fountain smelled. After much experimentation he finally felt he had hit on “something different.” Patrons at the drug store agreed.

Soon other soda fountains were buying the syrup from Morrison and serving it. People loved the new unnamed drink and would order it by simply calling out “shoot me a Waco!” But Morrison named it Dr Pepper, after the father of a girl he had loved back in his home state of Virginia.

In 1891 Morrison and new partner Robert Lazenby organized the Artesian Manufacturing and Bottling Company in order to bottle and sell Dr Pepper as well as other soft drinks. That same year, while visiting Waco, a Texas businessman by the name of Sam Houston Prim tasted the new fountain drink and knew he wanted to sell it in his bottling plant in Dublin, Texas, 80 miles to the west.

Under the direction of Mr. Lazenby, Dr Pepper enjoyed steady growth in sales and began to spread in popularity across the country. But it wasn’t until 1904 that Dr Pepper gained real national exposure. Along with other soon to be favorites like ice cream cones and hamburgers, Dr Pepper was introduced to the rest of the U. S. and the entire world at the 1904 World’s Fair in St. Louis.

Since then Dr Pepper’s popularity has grown consistently over the years to become one of the top 3 soft drinks in the United States and the No. 1 non-cola. And over that time Dr Pepper Corporate Headquarters have remained here in Texas. That’s why Dr Pepper can truly claim the title of “Texas Original.”

He didn’t promote his product from a textbook; he promoted it from his heart — a concept that would have left marketing gurus cringing. Except that it worked.

Bill Kloster operated on instinct that was so on target that his tiny three-county Dublin Dr Pepper franchise is continuously among the top 10 producers in per capita consumption.

Bill knew his business. He started at the bottling plant when he was 14 years old — a job necessitated by the death of his father and his need to help support his mother and four siblings. For the next 67 years, including the day he died, he put in long, hands-on hours, focusing on quality control, community involvement and his own unique style of sometimes blustery, sometimes covert public relations.

Bill started as a bottle sorter for 10 cents an hour. He got his first painful lesson in economics when he dropped a pallet of glass bottles. After the damages were deducted from his paycheck, he took home mere pennies — his first paycheck. Before long, plant owner Sam Houston Prim took the young man under his wing, becoming a surrogate father as he watched Bill grow into manhood and into a self-styled promoter of Dublin Dr Pepper.

From the bottle sorting chores, Bill worked his way up to production manager. After a tour of duty in Europe during World War II, he returned to become general manager of the plant which was then operated by Prim’s daughter, Grace Prim Lyon.

Mrs. Lyon died in 1991 on the dawn of the plant’s 100th birthday celebration, leaving the Dublin plant in Bill’s capable hands.

As the owner, Bill continued to emphasize those same values he had learned as a young man. He held on to the original drink formula, the antiquated bottling equipment, and a massive assortment of Dr Pepper collectibles which became his passion. Through the years, he used those elements to develop a successful enterprise and a popular tourist attraction. And most important, he built a fiercely loyal following for Dublin Dr Pepper around the world. The media were drawn to him like bees to honey and dubbed him “Mr. Dr Pepper.”

When bottom line indicated the tiny Dublin plant should give up Imperial Pure Cane Sugar in exchange for less expensive corn sweeteners, Bill balked. He continued to subscribe to the country theory of “dancin’ with who brung ya,” refusing to change the recipe which has always given the local product its unique taste. Bill Kloster, the Dublin bottling plant, and Dublin Dr Pepper remained true to themselves.

The story was widely told that when his wife Iona told Bill he was drinking too much sugar and should switch to the sugar-free variety, he secretly had the regular Dr Pepper put into diet bottles which he stocked in his home refrigerator.

Residents of the community and the region enthusiastically support what they consider “their” Dr Pepper. But Bill was no less enthusiastic about giving back. Seldom does a community event take place without Dr Pepper, usually provided as a donation to a worthy cause. Most of the major projects in the area had a Dr Pepper signature somewhere, even though many of Bill’s contributions were done inconspicuously and, by his choosing, without fanfare.

Bill always spent long hours at the Dr Pepper plant. But following the death in 1995 of Iona Kloster, his beloved wife of 54 years, he dedicated himself to the expansion of the museum collection and the promotion of Old Doc’s Soda Shop.

The years took no apparent toll on Bill mentally, but he deeply resented the physical limitations caused by arthritis. He wore out the knees he came with, and several replacement knees as well. He rarely fussed about the pain, but he fussed often about the inconvenience, particularly when he had to take time out for surgery and rehabilitation. In the summer of 1999, he underwent his last knee surgery. As he began the therapy which would put him back on his feet, he suffered a severe heart attack, followed by several more. His doctors were not optimistic about his survival, much less his recovery.

But miraculously, Bill survived and returned to work, leaping headlong into the development of the commemorative 2000 calendar. He wanted this millennium calendar to be a tribute to the four young ladies who have worn the title of Pretty Peggy Pepper, his favorite advertising icon.

Bill died suddenly on Sept. 27, 1999 after a full day at the bottling plant where he had spent the day approving designs for this 2000 calendar. He is gone only in the physical sense; the echo of his chuckle and the shadow of the wide grin that accompanied his favorite Dr Pepper stories will always be felt in the oldest Dr Pepper plant in the world.

Bill Kloster was a man of conviction. When small bottlers have been gobbled up by conglomerates, the tiny, independent Dublin Dr Pepper plant remains. Its signature product is produced just like it was more than 100 years ago. Bill wasn’t afraid of bucking marketing trends because he believed in the unique quality of his product.

No, it wasn’t the textbook way of doing things.

But it was Bill Kloster’s way.