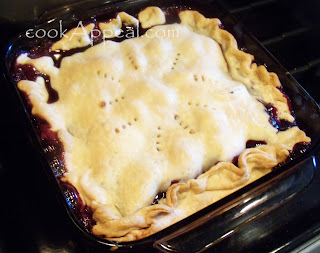 Remember that yummy fresh fruit pie that was made for hubby's birthday a few posts ago? Well my personal chef clients son really loves pie. He runs around saying it to me, with his eyes wide open, "I LOVE PIE". You think he is giving me a big hint? His mom says he begs her to make him pie when I am not around. I ask her why she does not let him loose in the kitchen, but she crinkles her face at me in a "I do not think so" fashion.

The whole pie lesson started three years ago when I mentioned he should get into the kitchen and learn how to cook, like my own son. I feel every child should learn their way around the kitchen. 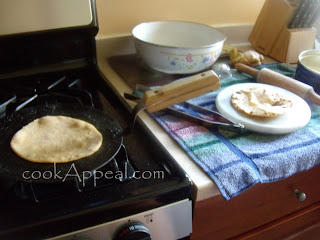 They are of Asian Indian culture, and he does not like Indian food (I love it!). He wants chicken fingers or McDonald's if he can get away with it. Not from me though. I do make him burritos, tacos, and other healthier versions of American cuisine each week. His mom also does not want him spoiled, so he eats the Indian cuisine that is prepared (like roti with the cabbage and peas, and soya chunk masala below). 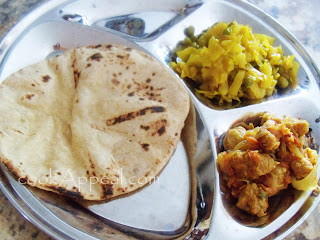 Suddenly one day during a pie crust lesson some neighbor kids popped over and found out I was giving him lessons, they wanted in on the class. Now its a summer tradition when the kids are out of school to eat lunch, and then we make pies. 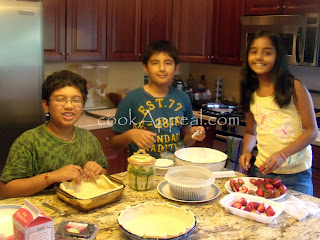 Every now and then he will ask me if I have any new pies ideas to teach him. I told him about the cream cheese and heavy whipping cream pie with fresh fruit on top. I showed him the post and picture, and he decide that is what he wanted to try. He also wanted make a Jersey blueberry pie in the oven. 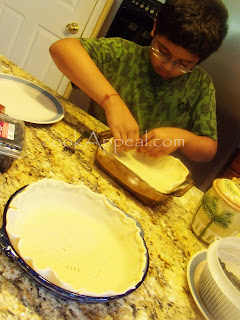 One of the kids, Rishi; his parents own an Indian restaurant up north, so he is pretty savvy in the kitchen. I instructed them each on what to do, without lifting a finger, and they did pretty good. Crust is a little crooked, but it will be tasty... 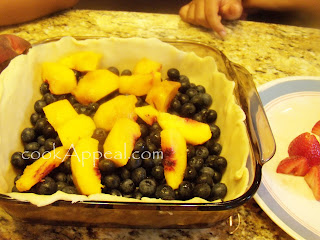 My clients son chooses to use strawberries, and blueberries for the fresh fruit topping. The peaches are not so pretty for the topping, so they go into the blueberry pie with a top crust, brown sugar, and honey. They are having company over for dinner, so this would be a good day for pie. 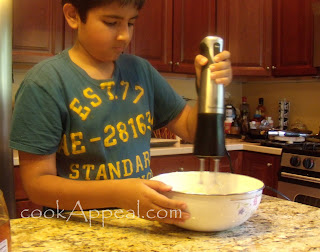 I give them all a chance to slice, dice, roll, and mix. Of course I also teach them about mise, and they help clean up the kitchen!

When I pull out my new hand mixer from William Sonoma they all go nuts wanting their chance to whip the heavy cream. 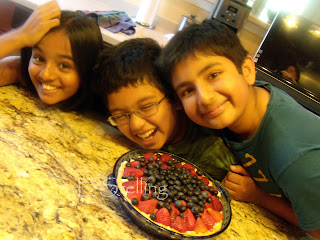 I love working with kids, and the next day Puneeta told me that there was no pie crumbs left in the baking dishes when the company finished with dessert. The pies were a big hit and they were impressed with the job the kids had done! 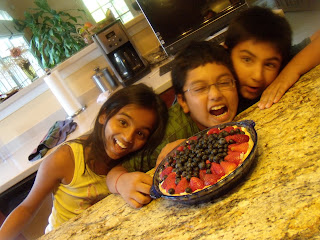 They really were so cute waiting by the oven and fridge for the pies to set and cool, but sorry...you have to eat your dinner first!
Posted by Chef E at Wednesday, August 26, 2009