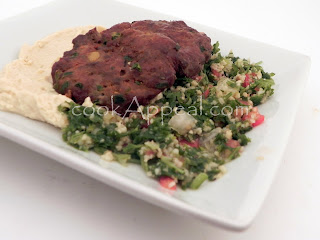 Before I say anything, I have to say how much I miss a fellow blogger we lost last week, Buffalodick- Opinions and Rectums We All Have Them...he passed away last Monday morning. I keep going over to his site to read his last post. When someone passes I believe their energy lingers for a while before they move on (my opinion). I keep expecting him to come over and say something clever, or respond to my emails as he often did. I learned a great deal from him. The biggest thing was that no matter how angry you might get at someone, just let it go, life is too short.

On my journey through foods in Spain I am still making a few Portuguese dishes. I believe their spicy influence such as this sauce/marinade, comes from Africa by way of Morocco and Canary Islands. We will be traveling to Portugal, Morocco, and South of France when we travel to Spain, so we are pretty excited about discovering all the foods they offer in restaurants as well as visiting a few family homes I have set up. We also will be doing some up close and personal winery tours. Tasting some of the finest in Portugal, such as the Douro Valley.

Molho de Piri Piri (traditional sauce or marinade that is offered throughout Portugal, often recipes and names vary) Lamb Sausage Patties- to make them a bit more Mediterranean and tone down the heat just serve some hummus and tabbouleh. Similar to a Merguez Tunisia sausage in flavor, and spice/heat, which is also popular in Portugal. (Chorizo tends to be milder in heat)- Piri Piri peppers are not commonly found in the US, so I substituted some dried chilies and added Piri Piri sauce I had on hand. 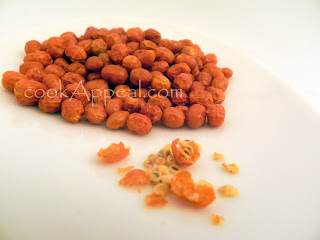 These are some dried chilies from my sister and her husband, who is Mexican born. The chilies are from their bush grown in a pot they keep inside in the winter, and outside in the summer. We pull them off the bush and eat them with meals at their house. My plan is to plant some and sell them to the locals from India, well it was a plan if I do not eat them all up. Tepin or sometimes called, Texas Chiltepin

Mix the garlic, oregano and vinegar in a small bowl and let steep for 20 minutes.

Drop the peppers (including their seeds) and the garlic mixture into a food processor and pulse to chop. While the motor is running, pour in the oil, sprinkle with the salt, and whir until smooth. Pour the sauce into a small glass jar with a tight-fitting lid and let steep in the fridge for at least several days, preferably 1 week.

Strain the mixture, if you wish, but I never do. The sauce will keep for about 1 month in the fridge. Shake well before using. (This mixture is also a quick version I learned for making Chorizo with a few extra re-hydrated chilies, and depending on how much crushed pepper you add; it can be very hot, these were!)

Piri Piri chilie sauce is as common to the table in Portugal, as our Tabasco sauce is to us. I experienced this sauce in a Portuguese restaurant up in Hoboken, NJ- Piri Piri. I was hooked!
Posted by Chef E at Sunday, August 01, 2010