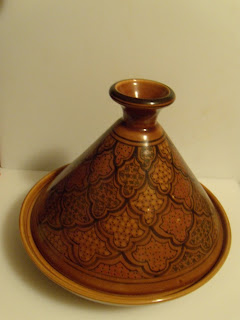 Remember this dusty old show piece? Well I feel the same way sometimes...it does not cook enough, so I make more in another pan...does it really make a difference in the flavor? Yes it does, because it keeps the liquids going up and back down into the dish to keep all that wonderful flavor intermingled and juicy! Although I have used 'White Yams' in this dish, I have cut back on my carbs, so no couscous or rice tonight!

If you read my 'White Yam' blog yesterday about how I saw a French man cooking on cable and he was making a Basque-Provence regional dish called 'Potato Stew' in a pot called a 'Marmita'. After having these yams laying around screaming "what are you going to do to us...bake us...cut us into pieces...mash us...you fiendish chef you"! I decided to fuse together the French masters dish with my Tagine...Viola! 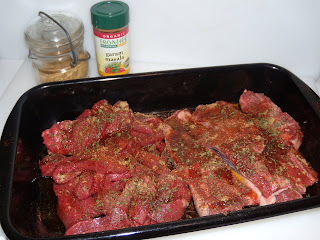 ...for the meat (grass feed) combo in this dish I have chosen...lamb shoulder chops, because they are a cheap cousin cut to their expensive traditional chop and they work fine when making oven roasted dishes like this (leave the bone in, it will fall off!)...beef, or stir fry cuts that come from the 'Top Side' cuts of the animal, usually the shoulder; it has some marbling and slow roasts well in a mixture like this...Marinate it with my Chai Lamb Chili mixture, minus the chai (now you have to look through my blogs, nah nah)...and I always toast my own seasonings and keep them in small containers, but I cheated and used a garam masala spice I keep on hand for the added mediterra flavor...all is organic! 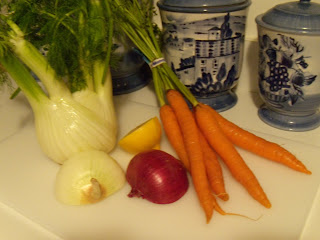 ...my white yams need some company in this dish...and remember to cut all things similar in thickness to evenly cook through... 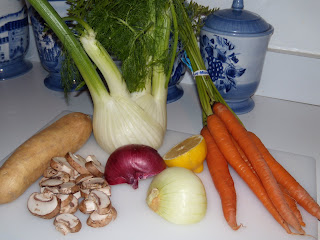 Vegetarians/Vegans- I always remember you, since I also eat this way most of the time, and my Indian clients will get some of this too. Portobellas will replace the meat in this dish...and follow the rest of the recipe... 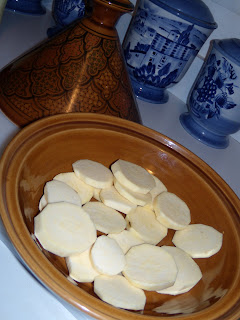 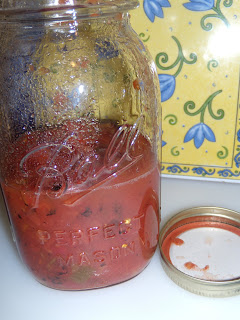 Pull out one of those canned tomatoes you worked so hard on...mine well I will blog about the recipe later...separate some of the pieces out of the juice and sprinkle them on top... 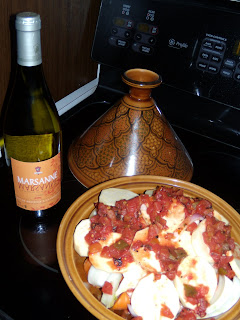 French 'Marmita' Stew cooking calls for three times the amount of ingredients, because the pot is so huge, but I can only manage one bottle of white wine between the vegetarian and combined meat pans to pour 2/3 of a bottle...well, I did save a glass to drink when its done! 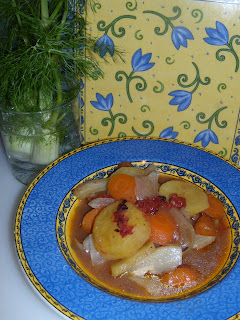 (this is the vegetarian version)
I have to say that this drove me absolutely crazy smelling it while I was working up in the office today, since being sick with a cold has altered my taste buds!
The colors, the sweetness of the yams and garam masala, the bite of my tomatoes, Perfect! 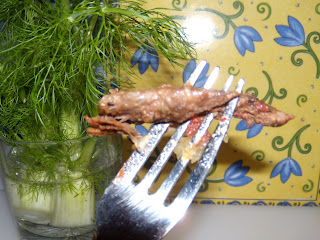 (this is a bite of the lamb from my carnivore's tagine) 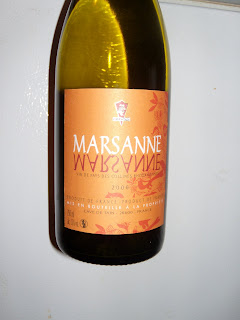 WINE:French, White Table Wine, 2006
I chose this wine because it would be dry and not take away from the sweetness of the white yams and the other combined vegetables, plus like they say if you cook with wine you should make sure it is worthy of your efforts!
(save the box wine for the friends who do not appreciate the good stuff)
Posted by Chef E at Wednesday, November 19, 2008