This read could prove to be more of a combination of two stolen plots, 'The Thief, a Cook, his Wife, and her Lover' and a Sherlock Holmes mystery... but its all in fun... 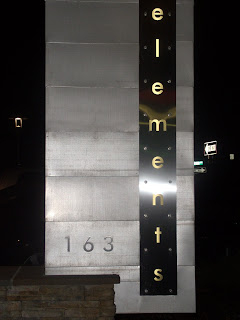 Earlier in the day the errands had been run, and all were preparing for a stupendous meal of creative proportion. As dinner approached the house cook began to gather her ingredients and soon realized something was missing from the refrigerator. Has she forgotten a key element in a dish of skill and patience? Had it been intentional, or was a thief lurking in her midst. "Oh sir", she said to to the house master, "I cannot make supper...we have everything but cream".

He looked at her and with out hesitation went straight for the cold box to see for himself. Could it be he thought? Furious searching was interrupted by the ringing of the telephone, "What son", he said to the party on the other end, "Well we were trying to figure out where the cream went that was needed for making souffle, but it looks like we may have to go out". The bosses lover was disappointed that all the planning that went in tonight's meal was foiled.

Over crowded parking lots, rouge baskets hitting the automobile, and no dairy eating for the past month has caused a fog in the cooks memory process. They would have to change their dinner plans, and quickly check to see if reservations were possible at such a late notice. 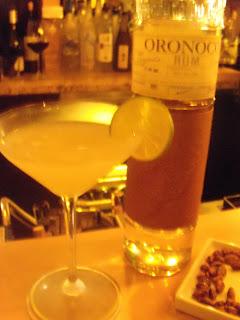 "I need a good martini" the cook said, as she suggested the restaurant 'Elements' to the boss. "You have been wanting to go their for months" she exclaimed to him as she pulled on his shirt with apologetic approval. "Yes, I checked and all they have is 8:45 reservations" he replied. Thinking on her feet his lover told him to call and ask if they have a bar. Bar seating is often a great accommodation for those last minute thoughts, and often the service is even better due to focus on fewer diners.

Ringing up the restaurant there indeed was a bar, and they would have places set-up for arrival. Never having seen the restaurant the cook suggested a quick dressing so there would be no further delays in a prompt supper.

Upon arrival they were seated and a 'Hemingway' martini was soon being devoured. The aged rum and its blend of lemon and minty additions made this better than its traditional counterpart, the 'Mojito' could ever be. 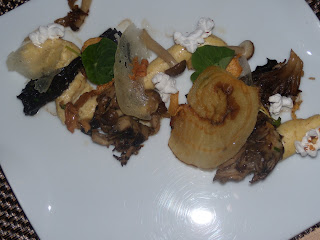 All of the characters of tonight's almost disastrous story scanned the menu and decisions were made. They would have the Market Salad, of quinoa, herbs, Shepard Valley nettlesome cheese (NJ), and tangerine; house made charcuterie of house cured meats, mustard's, and crackers; Local corn polenta, popcorn, pancetta, and black truffle (above). The boss, and suspected thief would have the tasting menu of Ostrich caparcchio, local lettuces, Parmesan, and meyer lemon... 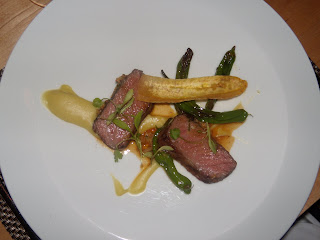 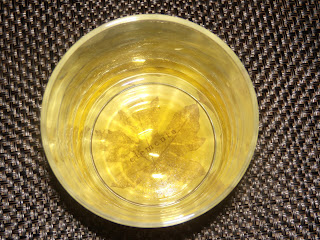 The 'Chefs Tasting Menu' came with too many wines to mention, but all were a perfect match, but after finishing the martini, the girls decided they wanted an unusual paring for the 'Local Polenta' dish and the 'Charcuterie' plate. Their server/bartender Jamie who was very knowledgeable and great at juggling our conversation and his endless pouring for the entire restaurant through out the evening suggested a 'Brown Butter' infused whiskey they had inquired about before eating began.

Over to the right of the bar a ledge of lit bottles lined the wall. A bootleggers dream of infused vodkas, rums, and whisky all ready to be tasted. Just the shear mention of something as unique as 'Brown butter' betty caused a stir and recipes began to be exchanged. This would become a 'got to try' on the cook's future creation list. 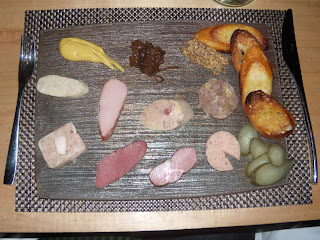 The grand daddy plates of the meal being the 'Charcuterie' (above) and the 'Griggstown Pheasant' (below) almost did in the characters of this story, but their was still a cheese course of local Parmesan, cheddar, and 'Shepard Valley Blue' to come along before a desert, 'Chocolate Tasting' of brioche, salted caramel, sable, maple, smoke that was served on a stylish black plate... 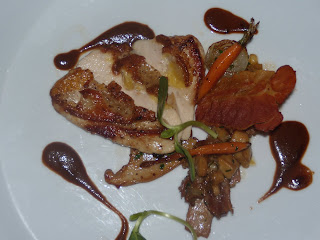 In spite of the the evenings story line of lost, forgotten, or stolen cream the night was a success. The restaurant 'Elements' is fairly new to the Princeton, NJ area and it Executive Chef, Scott Anderson has worked at several familiar well known restaurants. The characters of this dining experience have heard nothing but great things about his work, and after watching him carefully execute and expedite the beautiful plates of food as they were placed in front of him, there is no doubt that his past experience and knowledge of his ingredients would cause him to rise to star status in the culinary world. 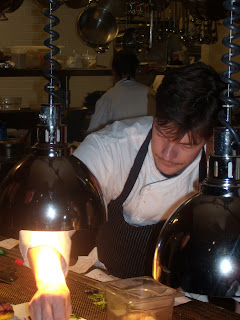 Chef Scott's innovative and passionate response to work with local, and the newest techniques in 'food art', as well as his bringing concepts of the Japanese Kindai dish (it is prized bluefin tuna
raised from embryo stage in Japan) and a much needed 'New York City' style eatery to this area is a welcome change to the 'blah' same ole same ole places in Princeton, NJ.

My opinion as a chef who has worked in the field for years, but more on the institutional and catering for large numbers side of the craft is that he is brilliant, and I was finally delighted to see original creations and uniquely named dishes leave the well staffed kitchen, and have some of them placed in front of me. Of course one must also recognized that it means the front of the house and the back work as a well oiled machine (clique, but true) to pull off this fantastic experience! 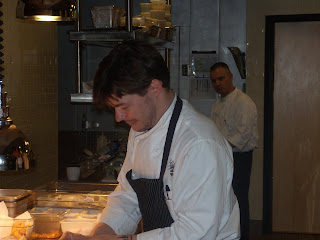 We plan to return and try the 'Chef's Table', and some of the 'Wine & Dinner' Tastings coming up. I am also sure I could find a willing party who would go just to sit at the bar and try some more of the infused libations along with menu items that change regularly!

All in the story returned home safely and happy...but the continuing chapter will contain the original key 'elements' of a Crab Souffle, and a cheesecake dessert of the most unique proportions...
Posted by Chef E at Saturday, March 07, 2009