Art You Can Eat 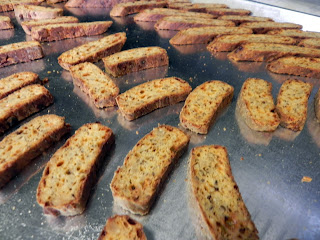 Most of my friends in some way or another in the past ten years have been laid off, gone back to school, and tried to re-market themselves in the bad economy (started in Texas ten years ago and followed me to the NE), and only a few have succeeded. Their savings have dwindled, and now are looking at working straight through retirement. Is this true for you? Do you believe the economy is coming back as annalist have said? Have you re-invented yourself? One woman has, and I want to share her story...

My phone rang two weeks ago, and this familiar voice said "E, I think we know each other". After talking about how our lives have changed in two years, the poor economy, so she started her own business, and asked if her products could find their way into the WAMPP Festival. I of course told her "food is art", and she was welcome to join us. 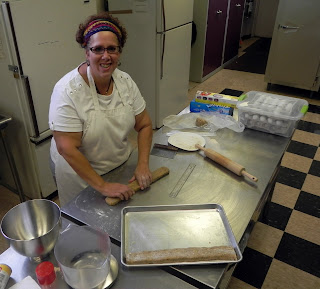 Randi Millstein found herself in a no win situation with her job- not liking what she did and the uncertainty of cut backs. For the first time in her life she toyed with the idea of biting the economy back by working for herself, but how? She noticed a recipe in a Food and Wine magazine for an unusual savory biscotti and thought to herself, this sounds good, and I bet others would like it too.

After tasting her twist on the biscotti, friends and family told her she should sell them. On a shoe string budget she sought out a kitchen, got a certificate to start her business, began experimenting with flavors, sizes, packaging, and Randi's Gourmet Foods was born. The packages are adorned with a small photo of Randi and her trade mark 'colorful' head band, her name, and ingredients. Did I mention they are low fat? 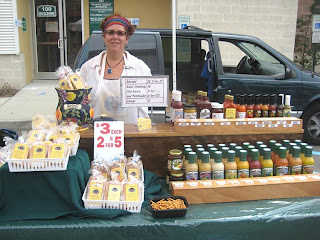 I sat with her as she explained how she mixes and cures her dough one day, pans it up the next, bakes it off, and then packages it for vendor sales. Over time she has learned what works for her, and has taken classes in business start-up. She does all the work herself. Even loads it all up into her car, heads out on Thursday to flea markets, farmer markets, and eventually found her way to WAMPP this past Saturday. People taste her foods and after discovering how good they are, and buy them up. Local is the name of the game these days. 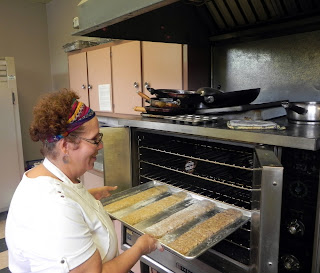 Turns out we knew each other from a food and wine event she attended I had catered two years ago. Watching her move the entire time we talked, I knew I was impressed with her willingness to beat the odds. She brought gourmet art to my festival, and her products are affordable. Randi's Gourmet Foods started with multi flavored biscuits, now moving into crackers, and is on it's way to making a few sweet treats. 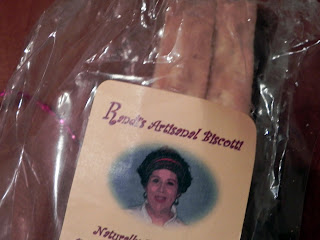 The shelf life on this product? At this point it does not matter (around three months, baked fresh weekly)! Why? Because people eat them before they make it home Randi says to me, and then we laugh. Guilty! I might be able to convince her to send you some to try once she expands the business. Now spending the afternoon with her, my wheels have begun to turn on getting my barbecue sauce and chutney in production.

Randi is not rich, but like many of us who work for ourselves, she is happier, and is control of her own destiny! Her future plans? To bring them to the local gourmet markets as soon as she feels the products have been perfected. "Tweak some recipe and business details before I hit the market running", she said handing me another bite of the newest sample of cheese crackers. While crumbs are flying all over my blouse (I am safely sitting far from her work station), I tell her, "my taste buds think they are pretty perfect".

I wonder if I can convince her to make gluten free versions?

Tomorrow 'Partners In Wine Club' is taking her product to a WAMPP Fundraiser someone is having for me, and I am pairing wine with some of her flavors, and will report back next Monday and Tuesday on the wine site!