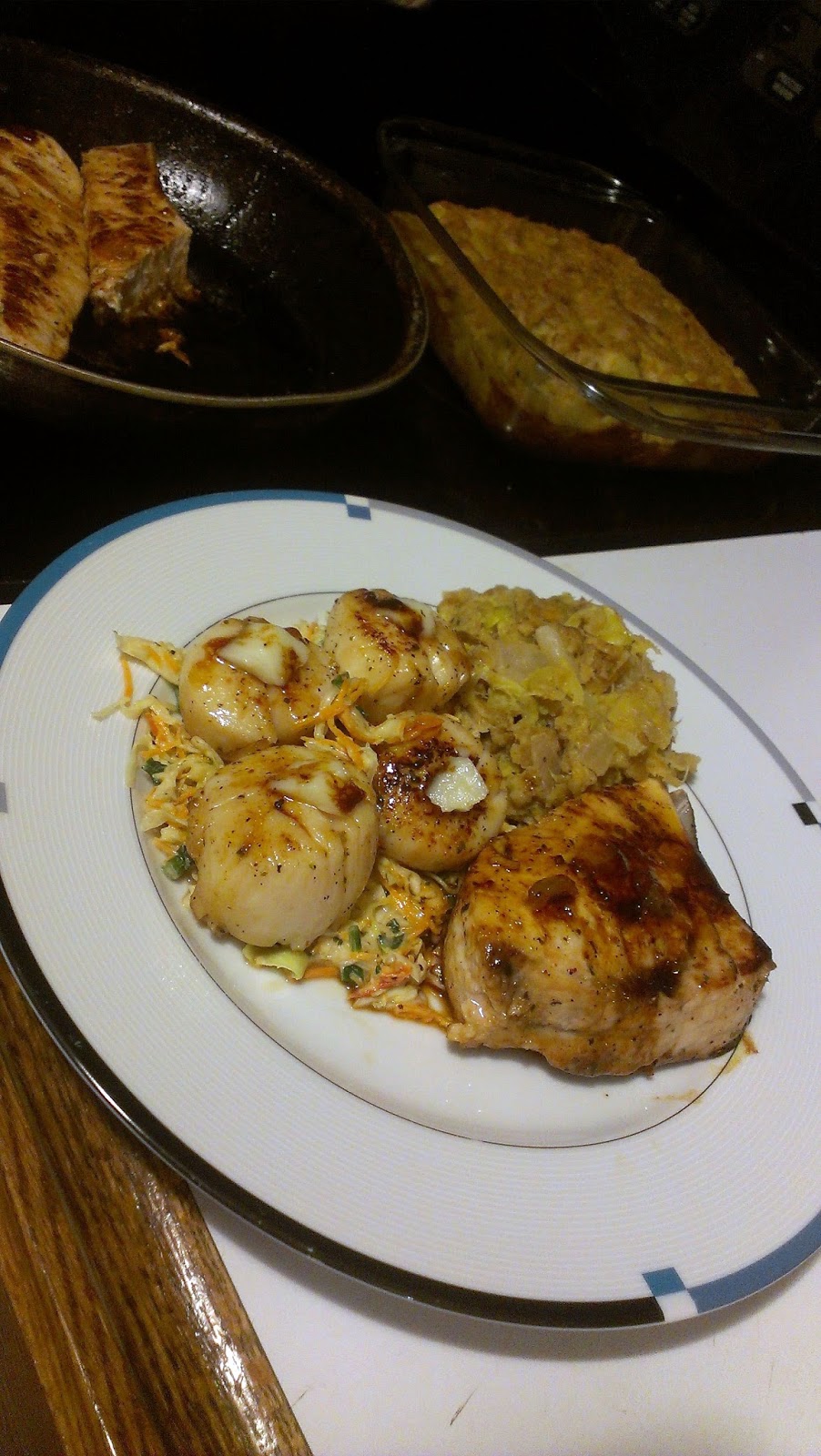 Summer pickings from the local fish and farmers market. Hubs came home (I should've gone with him) with a very large bag of very big summer squash. What was I going to do with all of this. I chopped and froze most of it, but saved two large ones to make an old favorite- as a teenager we ate at a restaurant which served southern home cooking, Black-eyed Peas. One of my favs was squash casserole. There was something about it, because my mom never made it. We ate mostly corn, potatoes, peas, green beans and green toppers.

I will share it next, but have altered the restaurants recipe, very little sugar and brown. The fish market had day boat scallops and swordfish. While hubs and I were Cape Cod for my poetry fellow we picked up a jar of roasted garlic and onion jelly. I had been wanting to use it and decided to season the seafood with pepper, salt, and and a smoky paprika.

I heated some butter and olive oil in a hot pan and stirred some of the jelly in and then placed the scallops in for three minutes and then flipped them over. In a separate pan I did the same with the swordfish, a bit longer thought, since it was much denser.

I served it with the squash and an Asian slaw- carrots, cabbage, red bell pepper, and a wasabi mayo (1/3 wasabi paste mixed with 2/3s mayo). The sweetness and bite of the two went well. 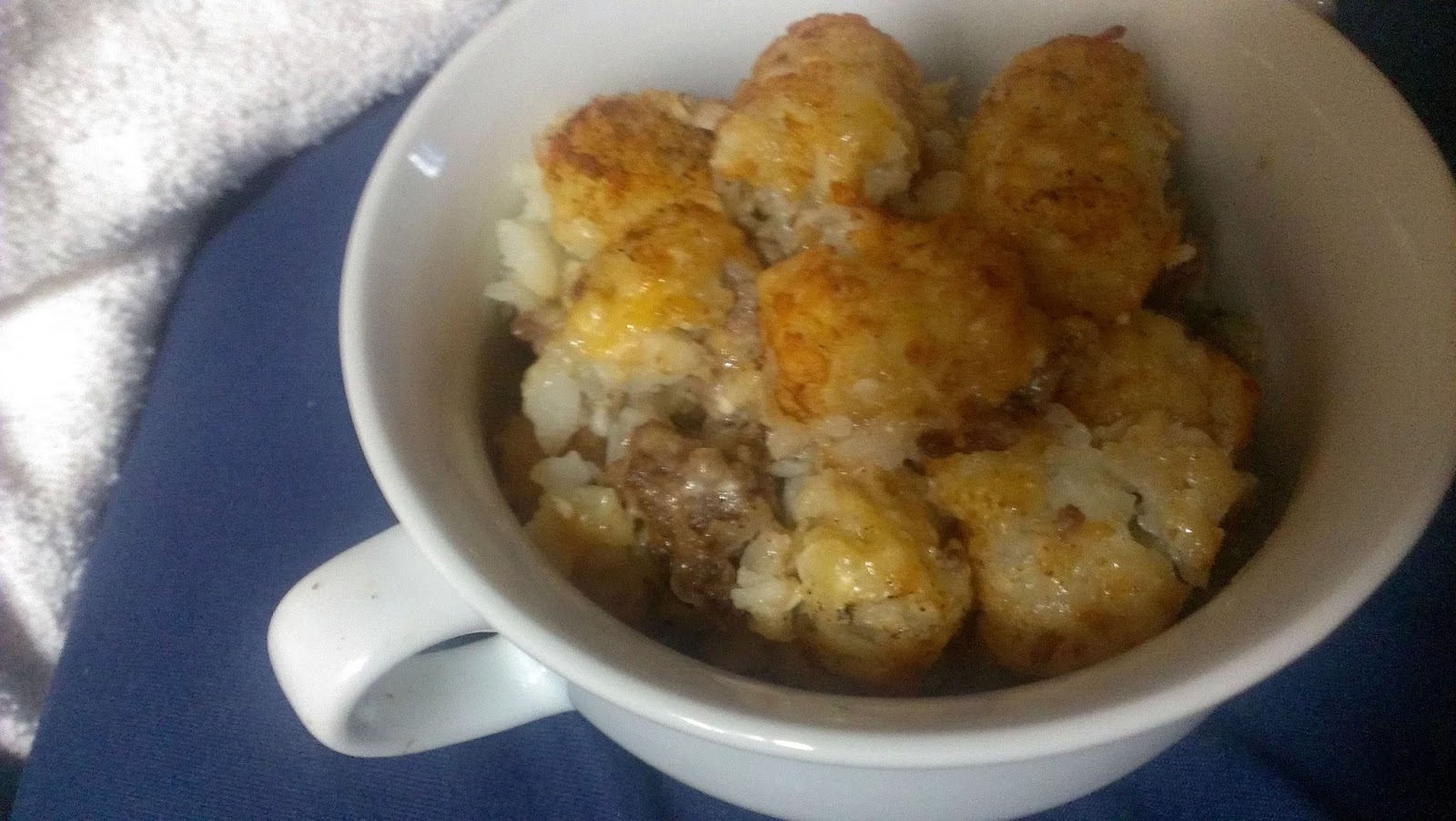 A bacherlor poet friend as me about any quick and easy ground beef recipes and here is what I came up with-- t's a good man's meal, you should try it.

Brown 80 lean ground beef with red onion and seasoning: garlic powder, salt and black pepper, paprika (don't over brown). Pour into a baking dish, spread some grated cheese, any will do, I use mexican blend, and spread tator tots on top, as thick as you want on all, but equal.

Pour one half jar of Alfredo sauce, or can of cream of mushroom (original recipe calls for this, and I would thin it out with a few T of beef broth first) over tator tots; sprinkle more cheese, and bake 375 degree oven for 40 mins or less. Should be bubbly and brown on top.

This was a fav of my daughters over her 1st choice ground beef pasta and red sauce. I only had Alfredo, barely a 1/4 jar and added beef broth, shook jar well, and added 1/4 cup almond milk with a bit of flour to thicken.