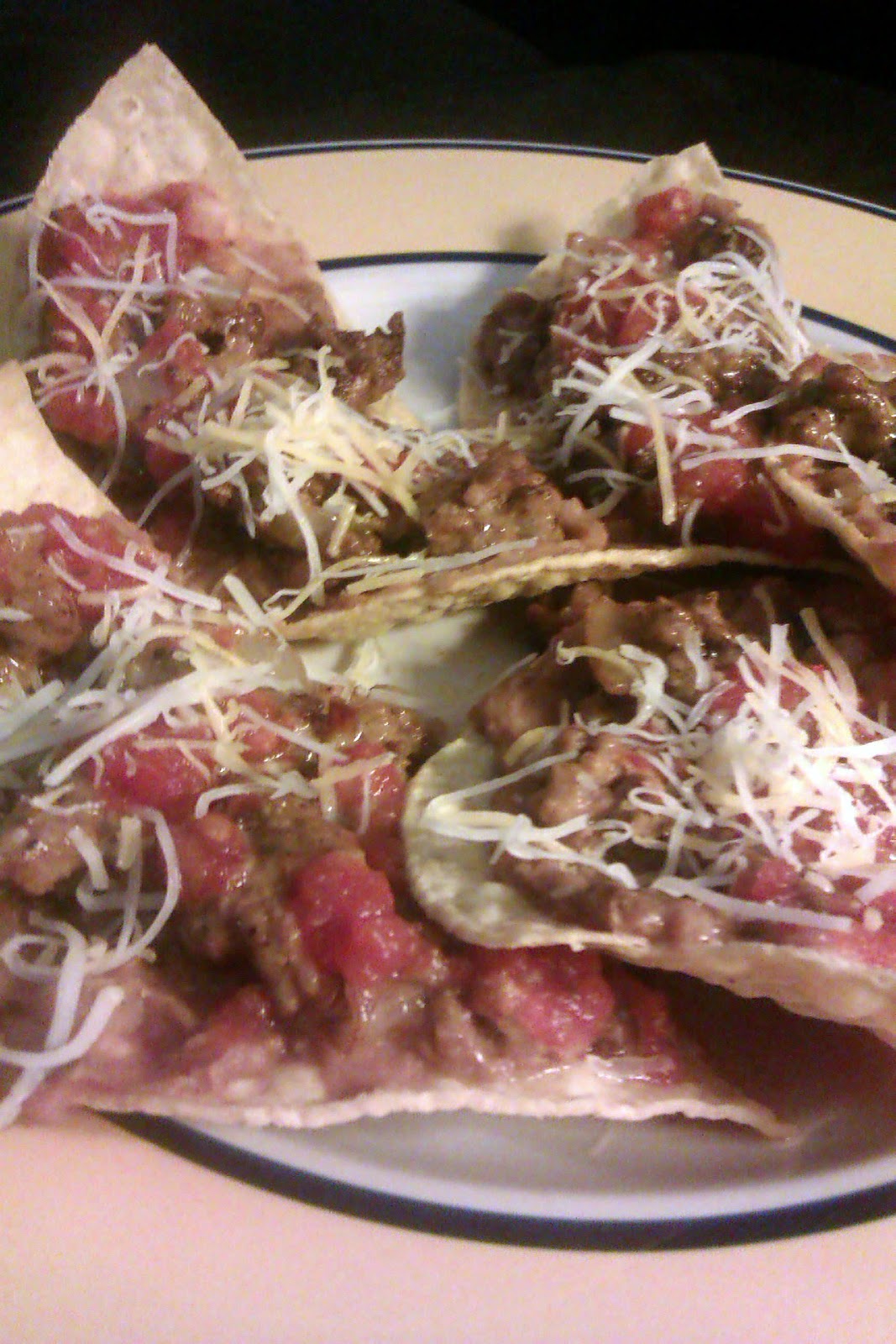 The cold weather we are having here in the northeast is a great excuse to make a pot of chili, bag some up and freeze it, then thaw it out and add some to a plate of chips. Makes a great football food...

This batch was made with bison meat. No fresh tomatoes in the pantry, but a can of fire roasted chipotle tomatoes works. Strain them first, then use leftover sauce to stretch the chili out.

Plan ahead and freeze foods; it only makes since in this busy holiday time of year!
Posted by Chef E at Friday, November 30, 2012 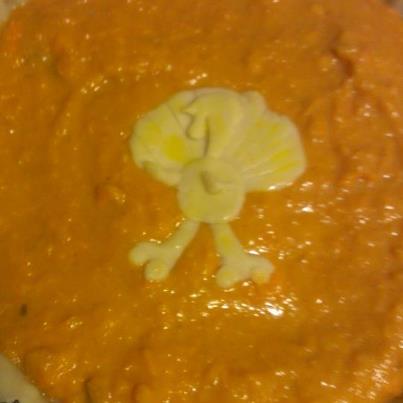 We are having our meal at home this year, due to family losing their homes on Long Island, but it is all good. I made three pies this year- Southern Bourbon Pecan for my son, Cranberry Pecan Torte for hubs and my fav you see in the photo...Sweet Potato Pie. I prefer it over pumpkin since my childhood.

It also has a splash of bourbon, my theme this year is bourbon and chorizo in many of the dishes, but not overkill. Doing our usual heirloom turkey this year with cranberry-walnut bread and chorizo dressing, green beans and wine. Not too much, don't want to be stuffed do we?

My son is into rock climbing and roller skating, so this years turkey on the pie is has roller skates and is dancing at the rink. He is here for the holidays for the first time in six years. I always add one, a turkey pastry topper to one of the pies, last year the turkey was reading a book for my hubs step-mom who is a retired teacher. She says every good turkey should read! 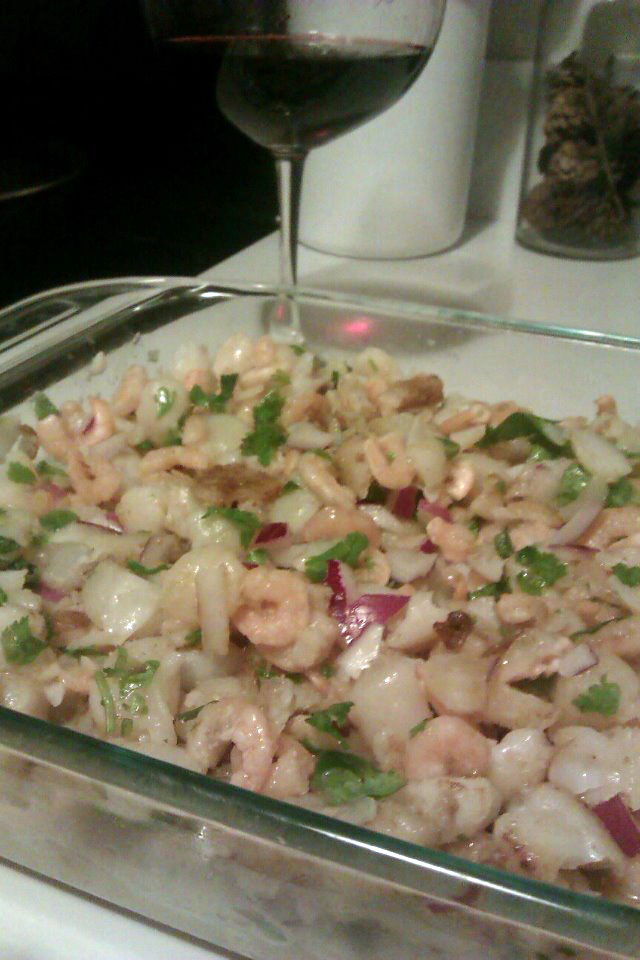 Thanksgiving is upon us! Hopefully you have shopped as I have, and are ready to begin tomorrow finishing up your lists. But in the meantime what to serve those stragglers arriving, and yourself! Protein is a good idea to keep up the brain strength (from going insane).

I whipped up some mixed fish Ceviche, because hubs and I love it!

Chop up some squid, throw in baby scallops and salad shrimp; add red onion and cilantro; then give it a good squeeze of lemon and lime, your choice; don't forget the olive oil, jalapeno, sald and pepper! And pick up some corn tortillas, and you have a nice snack for an entree salad, as well as a tapas appetizer. Don't forget to drain the juice or it will become mushy.

The acid from lemon or lime will cook the fish. I often stir it about every thirty minutes till done. The acid breaks down the protein in the fish, making it opaque. Never heard of this dish before? Check this site out...Ceviche 101There are many great ceviche recipes out there, so go check them out. Rick Bayless south American cooking and cookbooks are one of my favs.

We paired a 2010 tempranello with this batch- a well suited south American blend from Trader Joe's.

There is a warning you need to be aware of, any consumed raw fish or meats are not safe for young children and pregnant women, and this fish is not always fully cooked. Depends on how long it sits in the acid, as it does not remove bacteria and parasites.

From my family to yours...have a wonderful and safe holiday- Happy Thanksgiving!
Posted by Chef E at Tuesday, November 20, 2012

Are you a Raclette or Fondue Virgin? 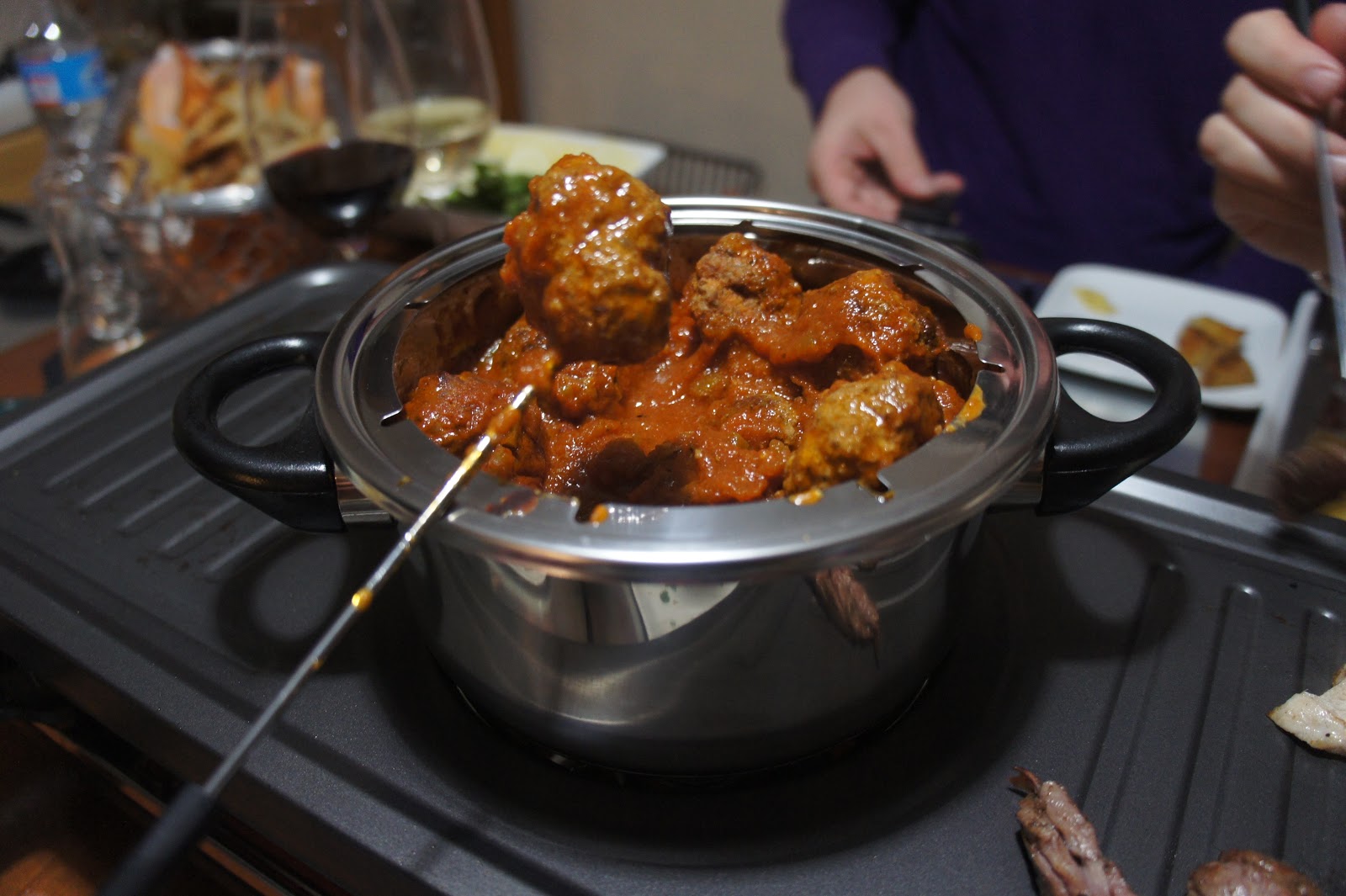 Want to get in on the latest food fade party?

When my mom and dad were young urban parents and invited people over to play dominoes or cards, they often made a fondue pot; sliced lots of stale bread, cold cuts, and sometimes veggies to casually dip during their beer and wine fueled  social gatherings, because it was the newest food fade for a party. Yes, while my brother, sister and I peered from around the hallway corner. Jealous we 'couldn't dip our fingers into its goodness (and not the booze).

Try having a Raclette party.

I have done the fondue parties...passe. No, I would do them again, they are still fun.

But it's 2012, the holidays are here, and you want to be the talk of the town. Right?. You want to invite a few friends over, but aren't sure what the menu should be, and you want to host the newest craze in food themed parties Raclette's are fun and easy to prepare for. Did I just say that? Sure you have to make the menu and prep schedule. Shop (and in this time of year, til you drop, because stores are crowded!). Put it all away. Then prep at least one day ahead so you can relax and pull it all out ready to go when the guest arrive.

Sadly though unless you buy two racklette stands, you better only invite six other people besides you and the significant other. Why, because the stand I bought only serves eight to ten people, and I only have six chairs. It was comfy with six, with a few extra tray inserts to help ease the wait for food. 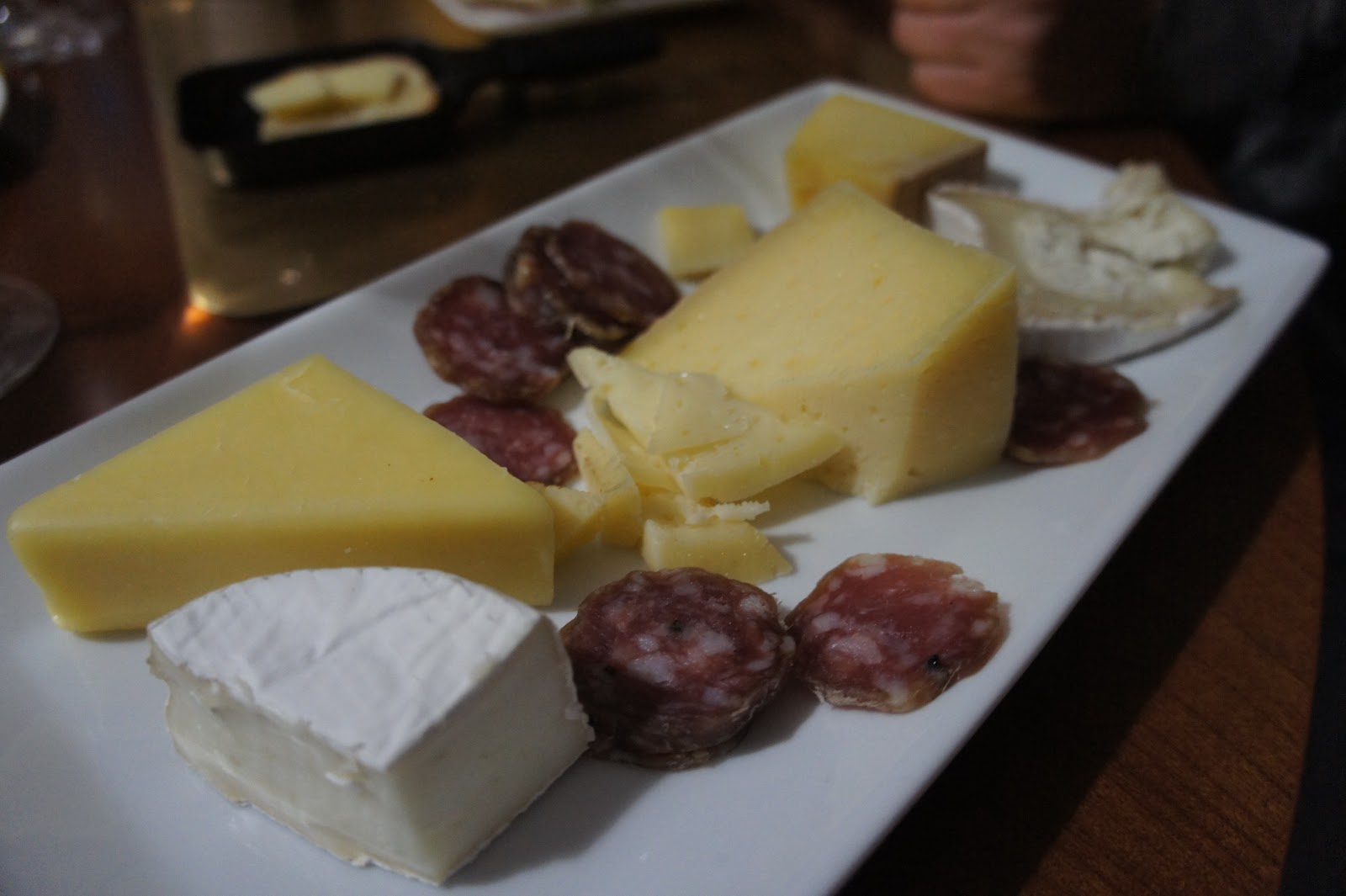 Raclette food prep is very similar to doing fondue- I made a grilled shirt steak, sliced and plated it. Grilled some chicken breast, sliced and plated them. Bought a loaf of hearty bread, had them slice it, and I brushed on olive oil and grilled it (already pre-planned grilling kabobs, so it was obvious), cut it into pieces to fit raclette trays. Pour some white wine into small pitcher for pouring over bread and veggies, then add sliced cheese. Prep broccoli, raw string beans and squash slices for veggies. Made a pot of my Green Chili Meatballs in sauce to heat in fondue pot which came with my racklette stand. And I must say that worked out beautifully as an extra protein filler with bread.

Now about the plate of cheese- I served six cheese courses, one plate per couple (or two people and they had better not be shy) , and all wedges of various melting cheeses, along with sliced Barolo dry salami. Hard cheese like parm will melt but it takes longer under the electric broiler on the stand, so I went with a racklette cheese, and four other semi-soft fat cheese which melted a bit faster. Three cows milk and three goat (two were raw). No need to state which in fact, just be creative on your own.

Ánd don't forget the roasted/boiled potatoes and the gherkin cucumbers (cornichons, and not one was left in the jar)! They are a suggested side when reading upon racklette, which means 'scrap'. I also served a homemade Korean BBQ sauce and mustard for the meats. You can read the history 'Racklette' and plan your next party.

The question on your mind may be "How similar are these two themes, fondue and raclette'? They are very similar in the ingredients are the same (or as you will, the dipping sides), but the melting methods are different. The trays provided for the raclette are actually fun to use and easy to clean up, right down to dessert.

The whole experience was really sweet when my guest, John and Lisa Howard-Fusco brought out her chocolate dessert course! Two kinds of chocolate bars, four fruit choices- two dried and two fresh, along with pound cake. We melted the two chocolates, bitter dark and milk together, that seemed to work best and then dip away.

Thanks to Lisa Howard-Fusco  for posting a question about raclette on FB, and it sparking our get together this past Sunday. If you live in New Jersey and don't follow their site, you are missing out. I had the pleasure of meeting them on one of my food tours in Princeton five years ago and we've been friends since. 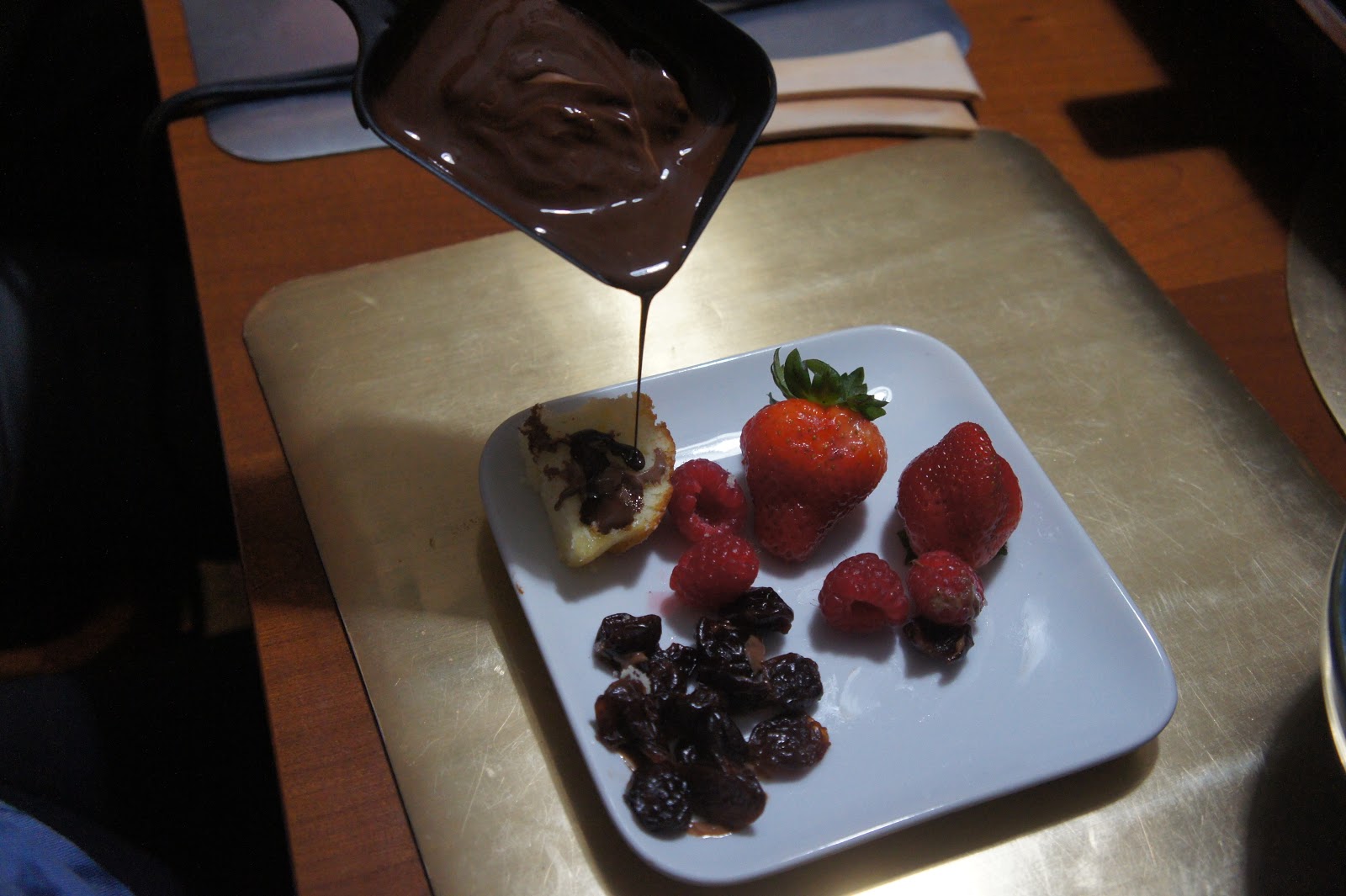 Oh, one more thing, I know this post is already too long, but a new drink came out of this gathering 'The Friendly Scandinavian'...the next post...
Posted by Chef E at Monday, November 12, 2012 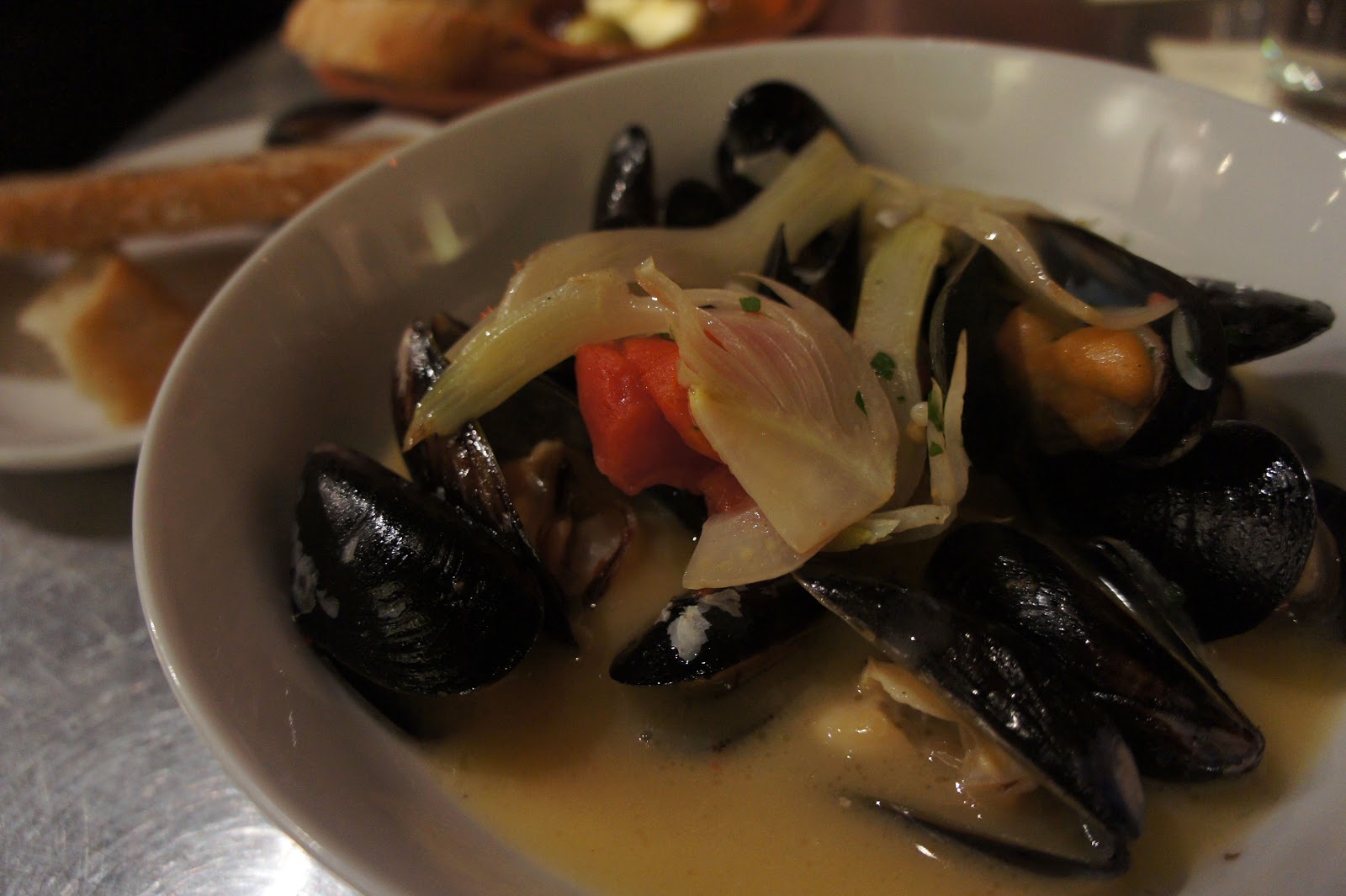 It seems like it has been months since hubs and I arrived in Hawaii, but it has only been two weeks. Sigh. Time to go home, but the memories will be with us for as long as we live.

I wrote about Hawaiian food trucks in the first days of arriving, about how they line the Honolulu coastal beach stops and how you should try them...and now down to one restaurants we visited. Above is the mussel appetizer we shared. It was wonderful. The whole experience was wonderful!

Cooking on my part did take place at my friends house in Hilo, on the big island of Hawaii, but pictures were not taken. If you get a chance to visit and stay someplace with a kitchen, then visit the farmers markets that are all over each island. Hawaiians believe in using what the islands provide, and many are trying to reason with the billions of dollars spent on shipping goods in from the mainland. So support restaurants that use what is around them. They do serve beef raised on the island.

This place firmly believes is supporting farmers and ranchers on the island, so visit Town Restaurant if you make it to Honolulu, HI. It is very laid back, and no fancy clothes needed. Here is the catch of the day- Mahi Mahi... 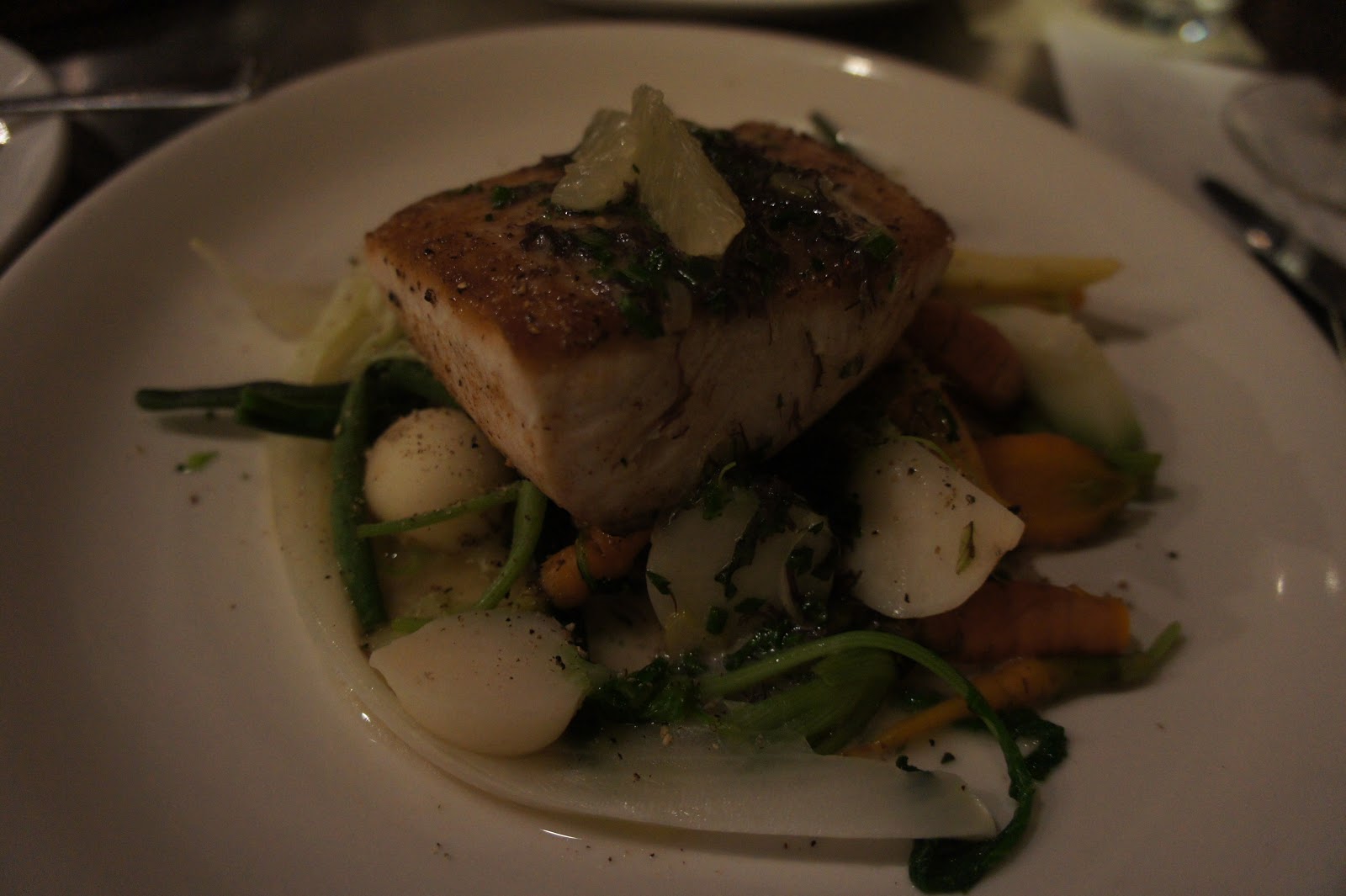 and some grilled baby carrots with smoked paprika, our favorite! 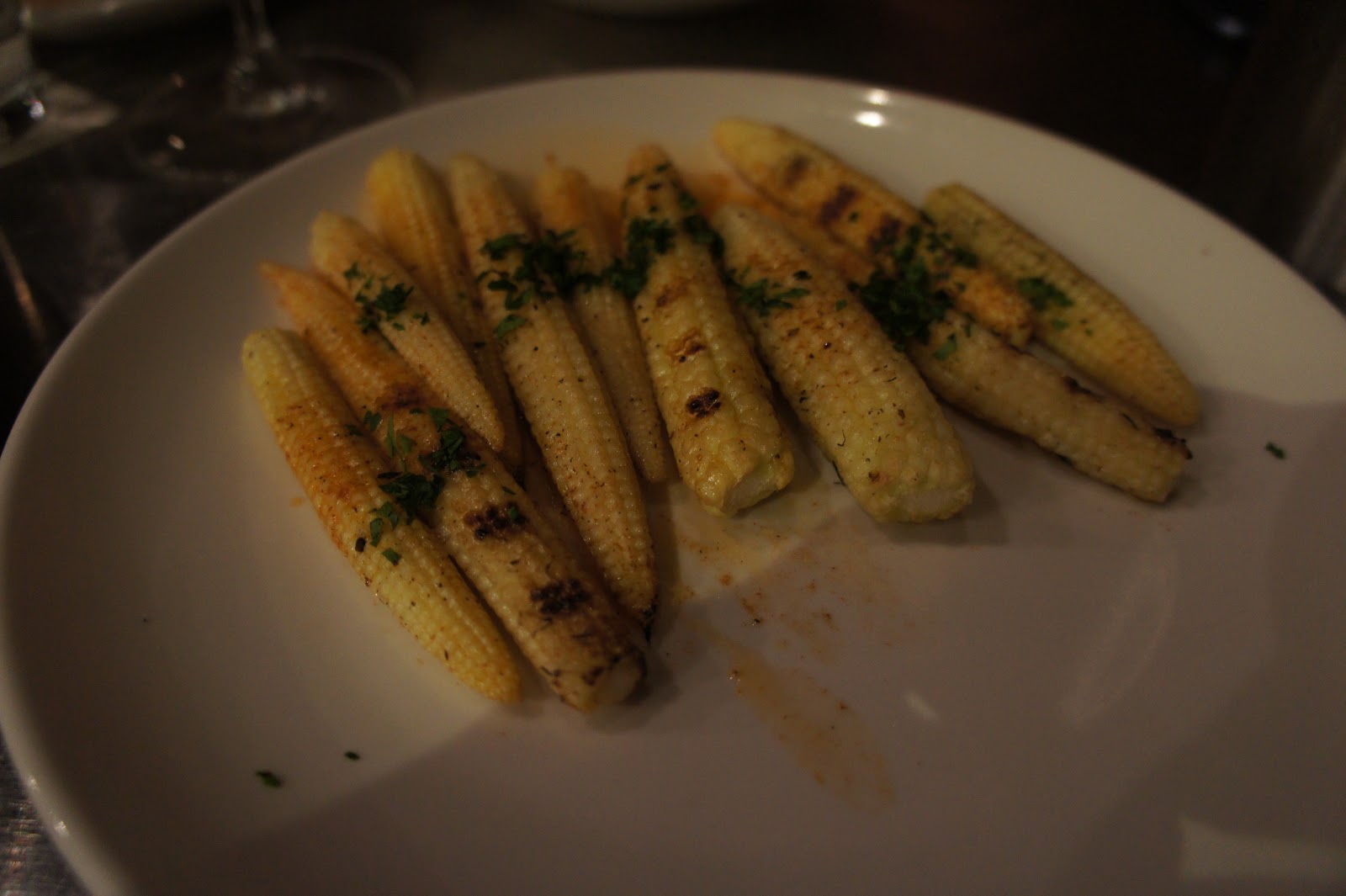