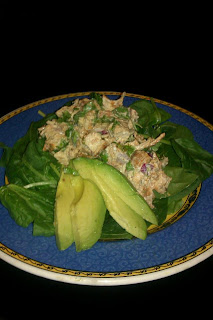 If you have followed cookAppeal for a number of years you might remember this post ''Tandoori Chicken with cashews''. It was beautiful on the plate with it's bright red color along side the cashews also cooked in the powder.

I took a similar concept of dipping four chicken breast into Tandoori powder you can find in most Asian Indian markets (2 T), squeeze lime and chop cilantro, let sit for half hour or so, and then  shallow fry (very little oil in pan) them. You can serve red onions and yogurt along potatoes, rice, or any side dish desired. They are not a spicy as one might think.

Any pieces left over from that meal the night or day before...chop them up into small cubes. I added lemon aoili, red onion pieces and cilantro. It was good on a bed of spinach dressed with lime and oil, or on an onion roll. 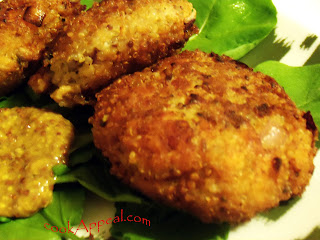 I made these again recently with a spicy aoili, and I have to say, they rocked!

Just substitute cooked and cooled quinoa for bread crumbs (oh heck add some bread crumbs if you're not gluten free eating)- with egg, bits of onion and celery and cilantro. Often I have added chunky homemade salsa. Oil your hands lightly to keep it from sticking, work quickly, and after you have formed them, set them on wax paper you can shallow fry them. Heat oil in pan and work quickly.

Serve them over a salad, make them smaller for appetizers, and it is a nice light meal on movie night.

We have had company in from Texas, my computer died, and I'm busy with poetry reading engagements. So posts here may be a bit behind... Until I get a new computer up and rolling, I am working on hubs iPad and we know that is a feat. Velva @ Tomatoes On The Vine has posted a few of my Korea pictures, and you can go check the KIMCHI BAR out...(click the link)
Posted by Chef E at Tuesday, June 19, 2012 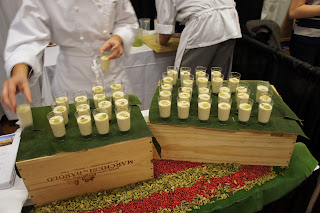 "Sounds good to me."

We already had an over night trip into New York planned, so why not?

My post have been mapped out already, so there was no time to let others know. I figured anyone in NY already knew about it, and would be attending. The building was multilevel and a really cool space for this event. Lofty. I love loft space. 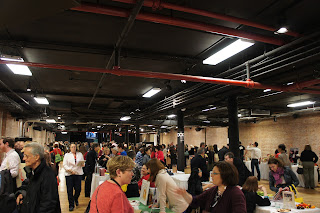 The Book and Blog was in a space next door. Meaning you had to go back out on the street and thankfully someone pointed you to the red velvet roped entry.

Lots of foods and vendor offerings all around. Between hubs and me, we took a lot of pics. 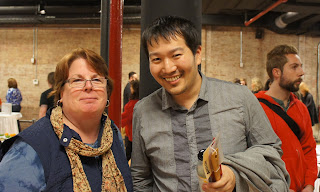 I didn't see any familiar bloggers though. Met a few old wine industry friends and authors. But then there was Marc of 'No Recipes' (photo above, and my handsome son right behind in red jacket). He and I saw each other and it was instant recognition.

He moved from New York and over to Japan. Says he is really having fun writing and teaching professionally, and was in town visiting. Like me, it just so happens this event was going on. He also said he was surprised not many people we knew had attended. Is it me or does it seem like events are getting smaller and smaller here. Even Taste of Princeton was the smallest it had ever been.

As I always think, I'm not sure why we don't go into New York more often. The food and people watching are like no other. 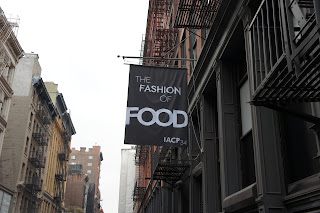 Now for New York fashion statements...now this was some good people watching. 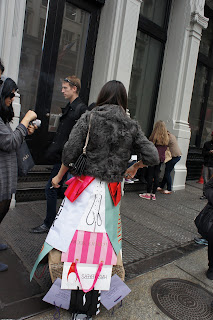