LiV Spudalicious- From the field to the bottle 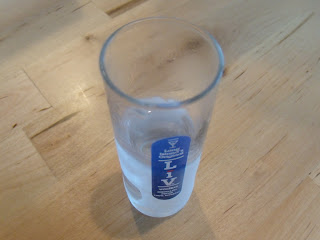 Or should I say into my glass...

Perhaps you should pour yourself a glass of something, because this is going to be a long Irish story, ummm I mean post...

Around 1640 when Long Island's North Fork farm land was settled by Puritans, the area became a thriving potato industry. Patches of land were given to city families to farm, but sometime around 1986 with little interest in farming, persisting late blight and bugs, low market prices, and high use of pesticides the land was hardly worthy of the back breaking work that went into growing spuds.

Many fields began to give way to sweet corn, pumpkins, sunflowers, and other crops that benefited migrant workers who's work on a potato farm was only four or five months, and grew to eight or more months each year. Grape harvesting and wine making create even higher paying jobs for workers. 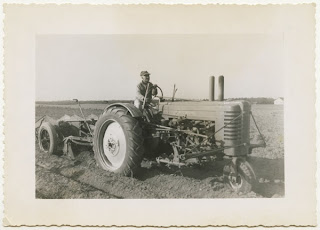 
Eventually sections of land sold off as high end development becoming horse farms and expensive housing developments. Wineries began to pop up in the 1960's to the 70's, that began producing high yield grape crops, and winning many awards to this day. The area is known for the Hampton's, celebrities, autumn treks, and still thrives on this lure today. 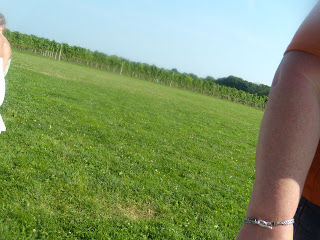 As of 2008 less than 20, 500 acres of land on Long Island still grows potato crops as did in early decades. Most of what does grow keeps the potato chip industry thriving. Eighty of these spud growing acres have been designated to a new pure vodka making concept and distillery on the island. The distillery sits on the front property in a historic barn that was renovated, and the Long Island Spirits Company, or LiV as it reads on the bottle is in its second year of production. The company has added flavored vodkas to their line of products, following the new trend in flavored vodka's in the alcohol industry. 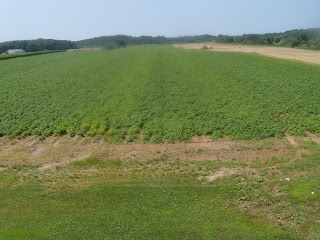 I took a group on a tour recently of the distillery and in the fields in the Riverhead area. The land owner/farmer explained how after harvesting the spuds, rye is planted and LiV is contracted to purchase the spud crops. Being that the distillery is only just a few feet away they are hauled to LIV's back door. LIV built their new home/structure conveniently right off Sound Avenue (Riverhead); which many of the structures in the surrounding area all hold much of the same history and past of its farming community.

We had the opportunity to taste their newest flavor, Orangello, as we stepped out on the balcony where you can view the surrounding land. The new libation was quite good, smooth, and tasty along side of some of the local Long Island Potato Chips sitting on the bar. 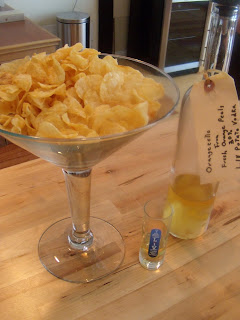 How Vodka is made as told to me by LIV employees (the unauthorized version and possibly not approved by management): First you need to peel the potatoes, you will need around 1 kg (around 30 lbs) of potatoes for a liter of vodka.

Next thing is to chop the potatoes into pieces, or run it through their machine that shakes off the dirt and rocks; which also separates and removes blemished potatoes.

Next you will need to use a pressure cooker, or as they do by simply making mash, and the natural heat from the quantity alone will ferment the potatoes. Then you add quite a lot of water, more than enough to cover them.

Please be careful doing this at home, pressure cookers are very dangerous if you do not know how to use one. Now once the potato is dissolved into the water let it cool down and strain the mash leaving loads of potato juice which will become your potato vodka. LIV lets their potatoes sit for up to a month in mash vats before straining off the juice, and placing it into the still. 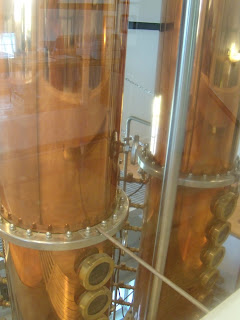 The next part is to distill the potato juice and get single distilled vodka. Long Island Vodka's distillery is made up of brass plated steel, and holds quite a lot of potato juice.

Not that difficult really, the basic idea is to heat the juice and capture the steam and collect it which forms your potato vodka.

(My thoughts interjected in here for homemade vodka, and I am seriously considering it!) If you decide to make this at home like my polish neighbors mom, you just need a pressure cooker, and to find a big pot, with a lid that connects to a pipe and a container that can collect the vodka. Oh, and don't forget the straw hat, corn cob pipe and overall's. At least when you get hauled in for making illegal mash no one on the news will recognize you!

Once the first distilling is complete, you can do it a few more times using the same process and you will end up with the best and cheapest fall over juice imaginable. There are many ways to produce vodka.

The most popular vodka is from grains, like rye, wheat and corn. Other options include using potatoes, beets or molasses. If using rye or wheat, first the grain must be mixed into water and then heated to create a wort. The heat breaks down the starches into fermentable sugars, which escape the grain and move into the water. Next, the wort is drained and the ensuing liquid becomes the ferment for vodka, also known as the wash. For potatoes the procedure is the same, just mash the potatoes to facilitate the heating and conversion of the starches. 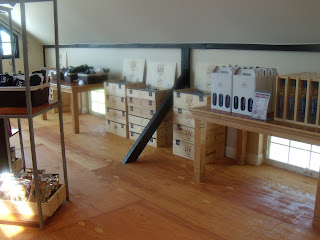 Just a little more Vodka History{1}: Russians and Poles will forever argue over who drank it first - and we will leave that argument between them. Let it suffice to agree that this "white drink" originated somewhere in northern/eastern Europe around 1400AD and has, since then, spread its popularity across the globe. Vodka, or more literally, "water" (derived from vodka), was most conveniently discovered in the colder regions of Europe and Asia when burgeoning distillers realized that their fermented wine became more potent after freezing through the cold winter temperatures. With advanced distilling techniques brought over from the west in the 1400s and 1500s, the Slavic peoples were able to refine their vodka and create top-quality alcoholic drinks that would soon become the trademarks of their countries.

Vodka did not become popular in the US until the 1940s. It was introduced into the American market in the late 1800s and early 1900s when importers realized they could target Eastern European immigrants with a nostalgic drink. Also, many Russian distillers, who lost their livelihood when the Bolsheviks confiscated all private distilleries after the Revolution of 1919, escaped to the US and brought with them their trade vodka secrets and dreams to start again. Still, vodka did not find a prominent place on the stage of alcohol for Americans.

Once alcohol rejoined the living with the repeal of the Prohibition Act in 1933, the Russian Vladimir Smirnov (changed to Smirnoff) sold the Smirnoff company to Rudolph Kunnett who in 1939 sold it to the Hublein Company. Several attempts were made at breaking vodka into the American market, but it was not successful until the company began to market it as a cocktail base. This proved to be a great strategy and vodka was on its way to make its mark on the American drinking culture. With its great versatility as a drink mixer it became a favorite at parties and social gatherings. Today you can see many vodka varieties at the liquor stores, among them the most popular being Smirnoff and Absolute.

In a recent 2009 article in the New York Times, dated July 29th; it has been reported that northeastern tomatoes have been hit by the late blight fungus, and potatoes crops could soon follow. Could we expect high prices in the market on both of these crops? Organic farmers are surely suffering from these late cool and rainy conditions we are having. 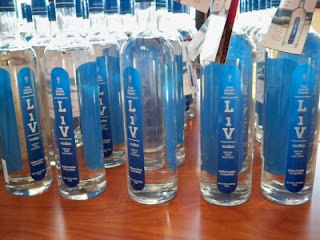 "LiV is the first vodka ever to be distilled and bottled on Long Island. The artisan distillers that create LiV are fervently focused on creating the finest vodka ever made. In order to achieve this distinction, LiV Vodka is uniquely crafted from 100% Potatoes."


~Information and facts provided in this piece were partially taken from the United States Potato Growers Association articles and archives, Smirnoff pamphlets[1], archives, and food history journals. All provided free online, through snail mail, and for public use. This is not a paid advertisement for Long Island Spirits, or its owners; it is purely for the historical loving geek'ness of the author of this blog, and for her hubby's step-mom's curiosity!