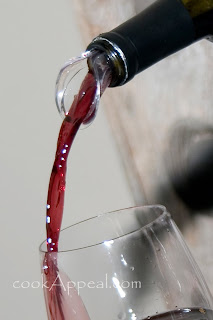 What a great way to get through your hump day when you get home by having a glass of good wine, right? All the planning, parties to attend, and just the shear fact of the holiday season gives us a reason to unwind and relax. Not to mention a bottle of wine is a great gift to pass along. Wine usually flows with no boundaries once the party really gets going.

Part of my 12 Days of Christmas, Holiday Cheer!

Before some of you get all "Where is the food Chef E" on me, I wanted to share my new 'Wine-down Wednesday' post. My way of bringing a little lot of education to the table for those who do not feel comfortable with their level of wine knowledge (not every post will be a book report).

Maybe you do know a bit about wine, or you know what you like, but are afraid to step out of the box. Wouldn't you mind a recommendation from time to time? I know I like it when my friends talk about something I have not tried before. Each week I will share some of my likes and dislikes, mingled with input from those around me who also teach me a thing or two. I feel sometimes that I am just a middle of the road wine drinker, and it would not hurt revisiting my former, and on going wine education!

Let me introduce you to a fellow wine enthusiast, AWS member, and friend, Adrienne Turner who writes about wine. 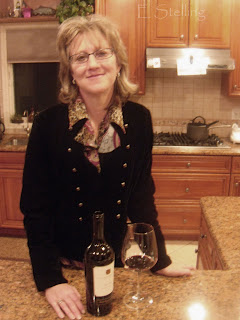 Just the weekend her and I were talking how people call us when they need a holiday gift for a party's host(ess) before or after the New Years holiday. Isn’t going into a wine store the worst experience? All those bottles, labels, and aisles and aisles of mind boggling inventory can make your head spin. Have you found yourself thinking “What the heck should I buy”? Or do you just reach for the old reliable bottle each time? I always try and encourage stepping out of the comfort zone and try something new.

With cell phone technology and better cameras, just take a photo of a label when you tried something you really like. Never hurts to make that mental note, and look for it next time you are out. Free Shop Savvy cell apps can tell you if you have found the optimum bargain with their bar code reader.

I asked a friend down south if she wanted me to bring some wine over for a gathering this past summer, and she replied that she tried Beaujolais and liked it; so, could I bring a bottle? Finding over the years that many of my friends back in Texas are not big wine drinkers, but they often confess they would try it if I help them. I knew exactly what wine she was talking about; THAT Nouveau. The bottle that comes out every third week of November.

Seems like everyone back home drinks that! Dallas has a big Beaujolais Nouveau Wine Festival each year with over three thousand in attendance. I said, "Okay Cheryl, I am going to not only bring over a bottle, but I am bringing The OTHER Beaujolais, and give your taste buds a treat". She tried the Domain De Braves, Regnie (Grand vin du Beaujolais, $15.99) hubby and I brought, and loved it! Months later she was attending a holiday gathering and told me she had picked up a Beaujolais Nouveau. You know, like the one we brought, and it was then I realized she had no idea that there was even more than one kind of Beaujolais out there.

I called Adrienne (above) and told her this would be a great idea for this week’s wine down post we are partnering on- Beaujolais, great holiday gift ideas...

Why? …because when you need something for the office Christmas party exchange, white elephant gifts, or a host/hostess party gift- Beaujolais can easily make all range of wine drinkers happy. Of course unless you are talking about sophisticated 15 year old Bordeaux drinkers, then you might as well just bring some good cheese (another post). Most bottles of the second, or third step up from Nouveau are still within a decent price range; its light, goes with many foods, and learning a little wine knowledge on its origins would impress your friends.

I often recommend Beaujolais Nouveau for Thanksgiving, because it go with so many ingredients. When it has hit the market only a week before; it is so refreshing (www.examiner.com - Newark, NJ- Adrienne Turner has posted a piece I wrote on Beaujolais & Thanksgiving Pairings).

Teaching friends and clients over the years to step out of their comfort zones usually means I have had to introduce them to 'not so complex wines' that do not throw tannins in their face, leaving their inner cheeks void of moisture, and that funny pucker face. If you do, they might believe all red wine is nasty, and will refuse to try them again. Just get them to take small sips at first, do the swish, swirl, and spit routine; along with a second sip, along with a bite of food they will come around. Many wines have been designed to have with food; terrior influences locally grown foods to pair well with foods grown in the same region. Sweet wine (white Zinfandel) however in my opinion, was designed for the porcelain gods, not for Dionysus (sorry, pink or blush lovers!).

How ever you white chardonnay lovers, I have news! Beaujolais has a white variety, and this is an example- Pisse-Dru Beaujolais Blanc; about $10 a bottle. Beaujolais wine is usually red, but not always. Beaujolais white wine comes from a variety of grapes that include Chardonnay grapes. I have had this variety and it can be a great conversation starter!

I have find Beaujolais Blanc style wine pairs well with buttery based foods, a wide range of cheeses, honey, herbs, cream based sauces, and poultry. 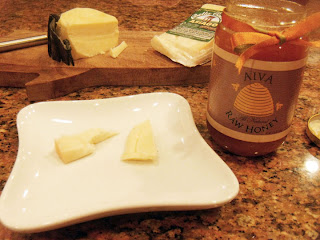 Beaujolais is very light, fruity, and easy to drink. Typically it has aromas of pear, banana, and like smells. Because of its easy drink-ability, there is a lot of cheap bottles out there sitting on shelves. On the other hand, the Crus produce fine quality, crafted wines. Beaujolais Nouveau is the first output from each harvest. Nouveau must be drunk IMMEDIATELY due to being released so soon after harvest.

Most Beaujolais and Beaujolais-Villages should be drunk within 2 years. Some of the best Crus can last up to 3 years, and some made in more 'traditional' wine making styles could last up to 10 years if it is a really good vintage. Beauolais has been considered the red headed step sister to France’s Burgundy region by locals. Primarily consisting of the ‘Gamay’ grape that was forbidden to be used in Burgundy, and this wine has moved forward in becoming a highly marketed wine in our country.

The key is reading the labels. Most labels will tell you at what level they are- like Nouveau is first crop; Village is a step up; Crus is the best in show, due to standards set up in France. A clue to a bad wine- if the store has bottles standing up with no quick turner over; no temperature control (hot store), if the price tag is cheap and the date is old, then it might be vinegar already. Normally old vintages of Beaujolais Nouveau should never be still on the shelf. Go visit a reputable retailer, and ask them to take you on a tour of their Beaujolais shelf. If you see a Nouveau and it’s after the first of the year; it might be okay if it is January to March, but I would not bother. Pick a bottle of The OTHER Beaujolais, and give it a try! You could be the talk of the party!


Disclaimer- In no way was this bottle of wine, cheese, or honey hurt without it's knowledge. Adrienne and I consumed most of it while we were discussing Beaujolais. We have not been paid to advertise for any wine, cheese, or honey companies during, before, or after the writing of this post. We however were given a lovely jar of Raw Honey produced by 'free' worker bees. I assume they willingly gave up honey to be bottled by AIVA in New Jersey. If any one was hurt I am sure it was the bee keeper, or their families when stung; to which I give my full thanks for all their hard work!


Beaujolais , hilly region, Rhône dept., E central France, W of the Saône between Mâcon and Lyons. It is one of the great wine areas of France, famous for its red wine. Villefranche-sur-Saône, the historic capital, is a leading textile center. Lyons is the industrial hub of the region. Beaujolais was once the fief of the powerful lords of Beaujeu (a small town which gave the region its name). Annexed to the crown in 1531, it was incorporated into Lyonnais prov.

The Beaujolais Crus (Brouilly, Côte-de-Brouilly, Chénas, Chiroubles, Fleurie, Juliénas, Morgon, Moulin-à-Vent, Saint Amour, and Régnié) are the best Beaujolais wines. There are ten Beaujolais Cru wines, these appellations being from the most northerly part of the region. They are all red and all come from the Gamay grape. In most cases the names reflect the name of a village at or near the centre of the appellation. Each has its own distinct character and style, arising from geography, soil, altitude, exposition to the sun etc, and there will often be many styles within a given Cru appellation. The Cru wines age for longest of all Beaujolais wines, especially Chénas, Morgon, Juliénas, and Moulin-à-Vent.
Beaujolais Crus- Brouilly, Chenas, Chiroubles, Côte de Brouilly, Fleurie, Juliènas, Moulin-à-Vent, Morgon, Régnié, Saint-Amour