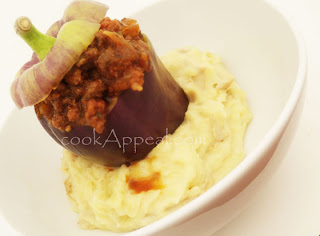 The buzz on twitter these days is 'National Food and Drink Days', and there is something for everyone! Almonds, tortilla chips, and many other things on this list...

Leads me to...February 25th being National Chili Day. With Spring not too far away and a chill still in the air, the notion of cooking up something warm and spicy is appealing. Everyone has their own favorite recipe, many handed down from generation to generation.

Chili is a well known comfort food eaten all over the world, with its roots beginning in the early 1800s when the Spanish brought over workers from the coast of South Africa and Canary Islands. The origins of this dish evolved from Berber spices, and slow stewing cuts of meats in clay vessels known as Tagine's; eventually cooked in cast iron pots over open flames in San Antonio, Texas.

During that time streets were often lined with wooden work horses that were covered with planks of wood as the smells of the 'Chili Queen' stews were transported on the breeze. Workers during their lunch hour would come and purchase a bowl, usually with open fire cooked tortillas. This dish is still very popular all across the vast state of Texas (my home state, as I like to remind you!).

The name 'chili con carne' ( literally means chili with meat) often known as simply chili, is spicy stew. The name "chili con carne "is taken from Spanish and means "peppers with meat." Traditional versions are made minimally from chili peppers, meat, garlic, onion and cumin, along with chopped or ground beef. Beans and tomatoes are frequently added. Variations, both geographic and personal may involve different types of meats as well as a variety of spices and other ingredients. Chili can be found worldwide and also in certain American style fast food restaurants.

The variant recipes provoke disputes among aficionados. Chili lovers and cooks defend their personal recipes and hence why many host chili cook-offs in the spring. And speaking of Chili-Cook off, Partners in Wine Club and Rocky Hill Inn will be hosting a Spring Chili -Cook off here in the state I call home, central New Jersey. I will be working with a friend Michael Palmer, and some of my students from the Isle school to make a few pots of 'Texas Red' for the public to vote. We will be up against Rocky Hill Inn, another group and the local Rocky Hill Inn Fire Department.

Will keep you posted, and fingers crossed I also have a chili cook-off aficionado, Buffalodick on our team via internet! This event will be documented on video and presented to you after the fact! My own recipe I have tweaked, but pretty darn close to his recommendation will be used.

Now to the wine pairings: Try a Chilean Malbec or even a Spanish wine. For a complete list of chili recipes or more wine pairings visit Chef E. for suggestions. I have prepared wild game chili, presenting it in a purple bell pepper bowl over creamed mashed potatoes.

I purchased these beautiful purple peppers at a local farmers market a while back, but was disappointed to learn they do not retain their color once cooked. I decided they would make a nice sweet 'fruit' contrast to the spicy game flavor and spice of my chili, and it was a successful match. Not being fond of peppers in chili as it is in the north east I have found, as well as kidney beans, I have learned to adapt. Wild game beef is a wonderful cut to use for chili, with the wonderful blend of spices, and slow cooking process...this batch melted in your mouth.

'Texas Red' is made often in my own kitchen, and I rarely share the recipe. Michael Palmer will tell you that, he twisted and twisted my arms one night trying to get my recipe...he has to wait until we win the competition!

Beans or no beans? How did you grow up eating it? Me, no beans- Pinto, or Mexican soup beans were eaten as a whole other meal, and with corn bread...
Posted by Chef E at Thursday, February 25, 2010