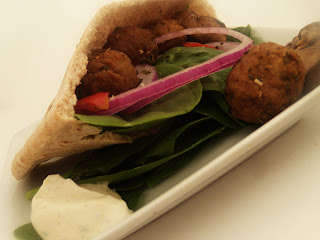 Hope everyone had a great weekend! In spite of my 'foot' still being in a cast, I had my foot up in the pan on Saturday, at my 'Open Mic' Retreat. We all met down at a State Park in South Jersey, and it was beautiful. No bugs. No rain. No bears! Just some good ole poetry, acoustic music, and my cooking with the help of an wood burning fire; then a good night sleep at a hotel. Yep, we cheated. Hubby took a tumble out of the canoe into the lake, so we needed a softer place for his back to rest...

In a 'Family Circle' magazine, March 9th issue there was a short article I have been wanting to share, Diet Success, by Allison Baker. She talks about not believing everything you hear. When it comes to dieting. Some common (yet false) information can set you on the wrong track. The piece goes on to explain a few myths I thought were interesting. This ties into the Stonyfield Farm Yogurt that many of us have gotten to try lately. I will be doing three post on this subject, and will address the first myth...after a short note-

'SIT UP' you slump'ers! That is right, many of us are on our computers for many hours in a day, and we do not realize how sitting up not only can make you look slimmer; it also can help you slim down. Slumping in a chair can crowd your internal organs, and cause our digestive systems to become sluggish. Sluggish digestion can lead to weight gain. I believe it, because once I read that when you take medication, you should sit up for at least a half hour for it to take affect. So if you lay down after taking something for a headache, yes, it will take longer to help with the pain!

The real deal: Just because a food contains 25% less fat than the full-fat version (the definition of "reduced") does not mean it is healthy. A scoop of ice cream with 130 calories from fat has a reduced variety with 100 fat calories-still 15% more fat than you should be getting from a single food. 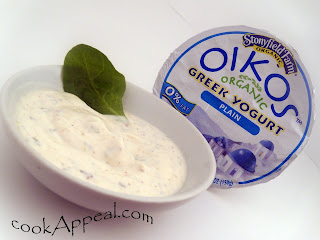 This brings me to the 'Choices' part of the post. We really love meat in our house, but I have been cutting back, and only make it maybe twice a month. Lamb is a better meat choice, because it is lower in fat. Many people share the flavor of Lamb is overwhelming. I often suggest they flavor pack ground lamb with seasonings like garlic and oregano. Begin by seasoning some oil with red onions and garlic on a low medium heat; add some oregano; then adding the lamb meatballs that also have been seasoned with a few of your favorite spices. Throw them on some skewers, or in the pan. Brown, and add some yummy yogurt dip!

Take a 5.3 ounce container of plain yogurt, and add a pinch of cayenne, paprika, oregano, garlic powder, finely chopped cucumber, a little salt and white pepper; toss and leave overnight in fridge to meld. Oh yeah it had a kick, but I like mine that way... 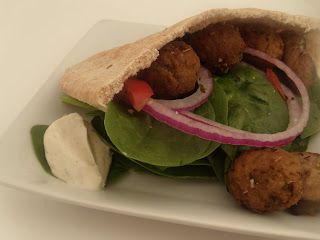 What does history tell us about yogurt?

Greek yogurt (yiaourti, or yohgurt) has been around for thousands of years; yogurt itself could be as old as 10,000 years; which is much older than the oldest Greeks. It didn't get popular outside Greece until the first wave of Greek emigration to Western Europe.

To make Greek yogurt, milk is heated and then cooled a bit; then active cultures are added. The mixture ferments, and then while it is still warm; yogurt is strained to remove the whey. The resulting yogurt is thicker and more acidic than traditional American-style yogurt. Once the whey is removed a higher concentration of protein, fewer carbs, and less lactose are present. When you consume a higher protein content you feel fuller, and with less lactose, it's easier to digest. The texture adds richness without extra moisture, and is best when making a spread or a dip like I have.

I have read that the Greeks regarded yogurt a food of the gods, and if that is true then hubby has some explaining to do...

Go check out Oikos Organics to get a coupon for a trial size of their yogurt, and read about how they are helping the planet in so many ways. I also received an email from Kristina who contacted me about receiving the coupons, and she has sent me some information you just might find interesting...

You'll be reading and seeing lots of stories in the coming weeks about FOOD, Inc., a very powerful documentary about our food system. The film opens June 12 nationwide, and includes Stonyfield Farm CE-Yo Gary Hirshberg. It's produced by the same folks who brought us Al Gore's "An Inconvenient Truth."

FOOD, Inc looks at how food is grown, processed and sold, and the people behind the system – the company ‘suits,’ the struggling farmers, the mega-processors, the exploited workers and the confused consumers -- some of whom have paid the ultimate price for trusting a food system that’s lost its way.

Gary's main message in FOOD, Inc is that you have the power to demand that our food system produces food that is safe to eat. You want to know your choices are the right ones for your baby, your family and yourself.

Stonyfield is proud to be part of this film and prouder still that the questions raised in FOOD, Inc. point to organic food as the answer to the issues of food safety, corporate greed, and the oppression that puts many family farmers and others out of business.

We encourage you to learn more about FOOD, Inc. and share that info with your readers -- turns out that what they decide to put on their plates truly has an impact on their health and the health and sustainability of our planet.

Check out the trailer, an interview with the director, and more -- and we'll be offering a "Food Inc." lid promotion in June with $30 worth of FREE down loadable coupons from Stonyfield and other partner companies.