Ooops I did it again! 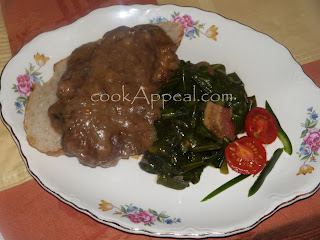 October will be a year since I started this food blog. I have enjoyed my life with all its changes, and ignoring the negative to live a healthy existence. Even my son changes every six months by way of maturing, and through changes I have seen via phone calls and visits. He is in college, and a big time bachelor. Aaron has lived in his own apartment for three years now. Yes, this mom is proud as he works as a butcher's assistant, and can cook...almost as good as I can. I was at his place in December and made the same dish above. I make this every time he is around. Why?

As mom's go we all know what it is like when they want us to cook favorite dishes for them when we are around. Smothered Steak is his favorite, and has been since he was small. I came through St. Louis on my way home from Texas, and we visited the meat department he works in full time. I selected an unusual cut that he said they are playing around with for customers, English Steak. A cut that come from the shoulder clod. Shoulder clod is part of the beef chuck. The meat resembles smaller round steak. 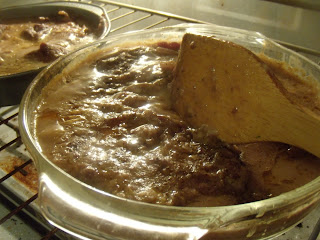 "This cut is not sold conventionally" he shared with Lisa and I. He also told us that they do not come up with the names, and there is no reason he knows of for English Steak except it is used in Kidney Pie. We took home three pieces for $5.99 a pound, minus his discount. These make for fairly tough steaks in the skillet; unless you slow cook them in a liquid, or marinate it overnight; then cook it on the grill.

My son went behind the counter (his day off) and proceeded to tenderize them, but the machine used had been bent; therefore he could not tenderize them commercially for our dinner. I told him that it was alright, and that we could use a can of mushroom soup to pound it out. We laughed as I described how my own mother did that when I was young, before gadgets existed, and I promised him it would not take long. His job starts at four in the morning, so early to bed he must go. 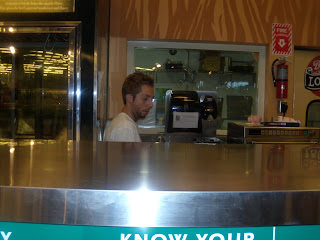 As a side dish we had tomato jalapeno greens with bacon and red onion. Cook in olive oil, garlic, black pepper, salt, and paprika to give it a good flavor. We also picked up some roasted garlic bread to sop up the gravy. Aaron has decided to make this on his own after cutting the bread up, spreading some gravy on top, and toasting it off with cheese would be a great super bowl party dish. We dubbed it 'Aaron's Leftover BS', and then we laughed. He will let us know how it goes over with the guys in February. 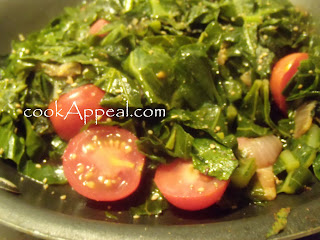 Maybe he was just a little too hungry when it came out of the oven! 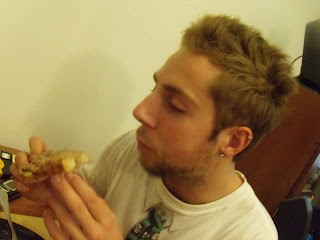