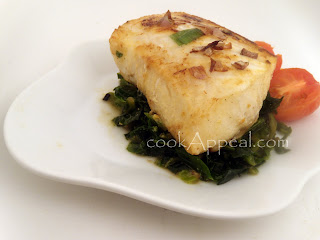 Happy St. Patrick's Day Everyone! This is my submission for The Daily Spud's 'Don't Cry For Me Argentina' post where she announced her 'St. Paddy's Parade' of food.

I am sixth  generation Scotch-Irish, with my maiden name 'Akin'. Three brothers left Ireland, came through New York and settled in the Appalachain Mountains. The oldest chose Kentucky as his home, the middle son chose to stay in Virginia, and the youngest a minister settled in Maury Country Tennessee. This brother had three children, and the oldest son chose to head south to Texas where land was free for the taking, and the wilds of the west needed to know religion.

His son had my great grandfather, and his middle son was my father's father. I loved hearing the stories of the three Irish Brothers Akin when I was growing up. I took a trip to Ireland when I was 33, and have not forgotten the bond I felt with everyone I met. I might have met Spudsy in a local pub, or passed her on the streets, but I know one day I will go back. Ere is such a beautiful place! I have heard the food has risen in culinary expectation in the past years, but I would be happy with the pub grub I had back then. Matter of fact Pub Food did not come about until the 1980's, just before I even arrived on her shores.

Scotch-Irish Immigration to America: 1740-41. Famine struck Ireland in 1740* and was certainly the principal occasion for the third large wave, which included numbers of substantial Ulstermen. An estimated 400,000 persons died in Ireland during 1740-41; for the next decade there was a tremendous exodus to America. This third wave marked, on the American side, the first movement of Scotch-Irish in any numbers beyond the confines of generous Pennsylvania to the southwest. Following the path through the Great Valley, many Ulstermen now went into the rich Shenandoah Valley of Virginia, whose southern extremity opens out toward North and South Carolina. Eventually a large population of American citizens are either German or Irish, as this was the largest concentration of immigrants to land on the shores of the U.S. at any given time.

Have you been told stories by a Leprechaun? This one fooled a fish. The Leprechaun was hungry so he told the fish that he had a nice bed of green for to lay down his head, and it was safe in the pot of water. The fire would keep it warm, as it took a rest...


Mix first 6 ingredients in shallow glass baking dish. Add fish and turn to coat. Cover and refrigerate at least 2 hours and up to 6 hours.

This fish was sweet, but yet the sea bass density and flavor was a great match with the bitter garlic flavor of the sauteed collard greens, a dish my family made often. So I considered it Irish growing up. My potato dish will come next- 'Leprechaun Gold(en) Fritters', another dish we ate often growing up...
Posted by Chef E at Wednesday, March 17, 2010