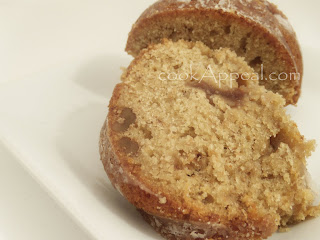 When CookAppeal hit it's first year of blog writing this past October, well I was on a travel food high. Having the chance to return to my family roots into this country, and the opportunity to learn more about 'Putting Up' was literally placed on the table for me to relive the heritage. Canning apple butter had gone on in my family for generations. In the Appalachian Mountains of Virginia where my fathers family live, 'Putting Up' is still a way of life.

I miss those days of canning with my mom, my dad's mom, and her mother each year when the fruit and vegetables were over growing and spoiled if they were not preserved. A way of surviving the winter months. Ahhh, the memory of Mamaw Estil's peach tree just bit me...oh, sorry you almost lost me there for a moment. Now that story will have to wait!

Spring is here, hopefully many of you have begun your summer planting of flowers and all other sorts of fruit and vegetables. New Jersey wineries are even planting grapevines, strawberries have already come and gone (small window), apricots, blueberries, tomatoes to follow. Cooks should start looking in their can cupboards, or basements. Make a list, and begin thinking about what you will want to add; it takes time to 'Put Up'. Sometimes a few days without help (teach the kids, or a neighbor). Getting the fruit ready, the jars sanitized, finding all the lid pieces, and getting rid of the family, so you can open up that last can of apple butter.

Have I lost my mind planning so early in the year? No! I just discovered I only have one can of tomatoes and apple butter left! We opened them last week. Sure you want to make a sandwich again with the breakfast toast? How about making an Apple Butter Walnut Pound Cake. Ummm! Follow a basic pound cake recipe (x2), fill a bundt pan half way, drop heaping tablespoonfuls of apple butter around the center, then cover the mixture with the remaining cake batter. Delicious! An afterthought- to add more even apple butter center, you could barely see the middle gooey part of the cake, but it still was moist and had a wonderful apple spice flavor! 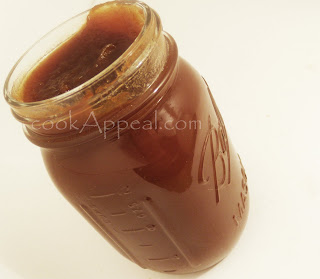 Apple butter is a highly concentrated form of apple sauce, produced by long, slow cooking of apples with cider (Cider is an alcoholic beverage made from the fermented juice of apples. Although cider can be made from any variety of apple, certain cultivates are preferred in some regions, and these may be known as cider apples) or water to a point where the sugar in the apples caramelizes, turning the apple butter a deep brown.

The concentration of sugar gives apple butter a much longer shelf life as a preserve than applesauce. Apple butter was a popular way of using apples in colonial America, and well into the 19th century. There is no dairy
Dairy butter involved in the product; the term butter refers only to the thick, soft consistency, and apple butter's use as a spread for breads. Typically seasoned with cinnamon, cloves and other spices, apple butter may be spread on buttered toast, used as a side dish, an ingredient in baked goods, or as a condiment.

In areas of the American South, the production of apple butter is a family event, due to the large amount of labor necessary to produce apple butter in large quantities. Apple butter is also used on a sandwich to add an interesting flavor, but is not as commonly used as in historical times. Traditionally apple butter was and is prepared in large copper kettles outside. Large paddles are used to stir the apples and family members would take turns stirring.

In Appalachia (Appalachia is a term used to describe a cultural region in the eastern United States that stretches from western New York state to northern Alabama, Mississippi, and Georgia. While the Appalachian Mountains stretch from Belle Isle in Canada to Cheaha Mountain in the U.S.), apple butter was the only type of fruit preserve normally rendered into fruit leather.

Apple Butter History and Information from Apple Orchards of Virginia
Apple Butter in photo above was grown and canned in Nicklesville, VA- Combs Nursery & Farm (at my childhood friends in laws while I was visiting)
Posted by Chef E at Saturday, April 17, 2010