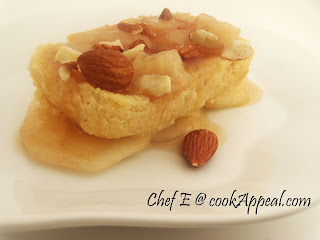 I was reflecting on my mother, and being a mom this past Mother's Day. I thought about how she would just fly off the chair or sofa, or even the front porch as I was a child and go totally into a baking mode. She was well known in our neighborhood, school, family and extended family as the 'Primo Bakeress'. Queen of flour, eggs, and sugar. She could turn a pan of biscuit dough into a work of art. Savory or Sweet, depending upon what you, or her were in the mood for.

We would stand at the stove and watch her magic in action. Sometimes you might end up wearing some flour if she felt whimsical enough. You could not lift a finger to help, as it was her art. Her way of relaxing and forgetting her whoa. My mother passed away years ago, but I think about her often, as we all do in this instance. My mother was a quiet, but artistic soul. Just watching her and my fathers mother for years behind the stove taught me so much.

Mom this one is for you, as we were an unlikely and wacky pair... 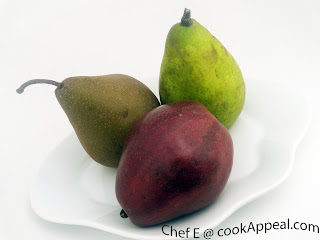 I felt as though she was whispering in my ear "Go ahead Elizabeth, bake something sweet with those pears you have on the counter. You can do it." So I decided to honor her memory by gathering my mise, but I had no eggs. For once I had cream (we do not drink milk), and I only use it for cooking sauces and such. I had brown rice flour, rising agents, brown sugar, and some powder sugar I use for icing. Almonds in the freezer, and that big bag of mixed pears. Okay let's see if I can be as creative as my mom used to be...

I remembered that if you bake with no eggs you must add vinegar to the mixture so it will be moist and help it rise. I substituted butter for oil, and cooked at a low temperature like it said on recipe card, so I guess that might have something to do with helping the process? Here is the old recipe and history of the egg'less cake...

I have this old recipe (from mammaw) called Wacky Cake, and there are no eggs. The story behind the cake (she wrote); during WW2, eggs were scarce so someone came up with this idea, and the WACS (women in the army) used to make this, hence the name Wacky Cake, (I honestly don't know how true the story is, but if anyone has heard this the let us know...). My grandfathers parents had a farm, but it was too far from Ft. Worth for my grandmother to travel to pick up fresh eggs daily. 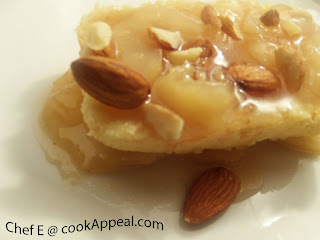 1 cup water (I replaced it with heavy cream)

3 tablespoons unsweetened baking cocoa (I left this out, since I was making a pear topping)

1 cup cold water In a large mixing bowl mix the flour, sugar, cocoa, soda and salt. Put into 8 x 8 pan, and make 3 wells in the mix, in one well add the vanilla, in another add the vinegar, and in the 3rd add the oil. Pour the water all over, and mix well.

I cut up pears and caramelized them in 1 cup water, 1 cup powder sugar; let boil for three or four minutes, and then turn down heat; add 3 tablespoons of red wine, pears and almond pieces; cook until just barely drips off spoon (see this is not my forte). Plate and top with pear mixtures.

Voila! Caramelized Gooey Pear Blondie, and it was the perfect gooey and pear texture! 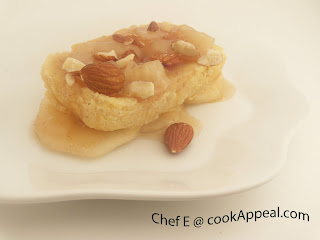