A Trip to Ethiopia 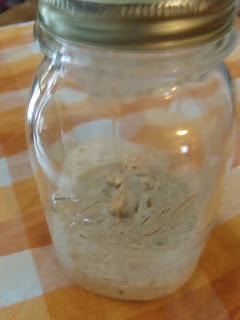 As many of you know I am a very experimental chef, and the reason my mom would not let me cook when my dad was around, it would have ruined his meat and potato ways. So, get ready for a tour of far away land cuisines to come...Spain, Basque, African, and Porto Rican foods...

I once managed an Ethiopian/Ethnic restaurant in St Louis called The Red Sea, as a Chef. Once a week a young Ethiopian woman would come in and help me make up batches of the menu items, so I learned lots of authentic recipes passed down from generation to generation.

Anyone that loves spicy foods such as Tex-Mex and Indian cuisine, surely has tried Ethiopian. Although the cuisines does have its milder side, their method of cooking many ingredients in a stew like form is facinating. Some recipes can be spicy with their smoked chili combination called Berber.

Ethiopian cuisine characteristically consists of spicy vegetable and meat dishes, usually in the form of wat (or wot), a thick stew, served atop injera, a large sourdough flatbread. I will be making Injera from Joie de vivre: An amateur gourmet's guide Making your own Sourdough Starter...her and I have also decided sometime in the end of March or so we will do some tag blogs making different recipes that she too has produced. She also has gotten her hands on an authentic cookbook from the region I wish would magically appear on my cooking library shelf!

The Teff flour, traditional for injera, Ethiopian flat bread, is waiting in the cabinet along with yellow lentils for my first courses...Dora Alecha & Dora Wat... Mostly eating gulten free these past weeks I realized once the sourdough starter (I made with whole wheat flour) yeast takes over in the teff flour, it will become gluten free.

If anyone wants to tag along with me they have to make sure their passports are up to date!

UPDATE: I weighed in today after my last visit a month ago and the nutritionist said I lost 20 pounds!!! Thanks to my new eating lifestyle...
Posted by Chef E at Sunday, February 22, 2009