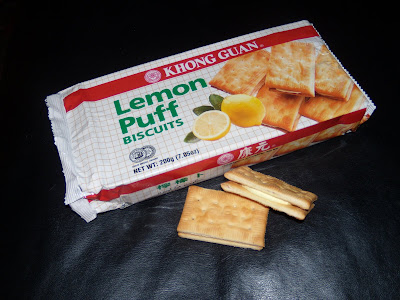 History tells us that biscuits, cookies and small cakes started as a simple mixture of flour plus water that becomes a paste, and once heated with or on a hot element; it becames an edible and nourishing staple in the historic travelers diet along with beef jerky. As sweetners and spices became more abundent and affordable around the world...many developed what we call a 'Sweet Tooth'.

The early English and Dutch immigrants first introduced the cookie to America in the 1600's, and while the English primarily referred to cookies as small cakes, seed biscuits, or tea cakes, or by specific names, such as jumbal or macaroon, the Dutch called the koekjes, a diminutive of koek (cake)...Etymologists note that by the early 1700s, koekje had been Anglicized into "cookie" or "cookey," and the word clearly had become part of the American vernacular. Most European and English versions of the biscuit are not really very sweet. I found one that even my sweet tooth was totally satisfied!

I found these babies not too far from my Stroopie Waffles in the ethnic store off Grand in St Louis...I am on a quest to try new things this trip...Once the bag was open the smell of my second favorite flavoring to banana...lemon began to fill the room...they went well with my glass of Reisling...and are low in sodium and sugar. The biscuit itself is colored by Turmeric. These Lemon Puffs were reminisant of the English tea biscuits with a lightly sweetened lemon filling.

Looks like Logan, my son's cutie wants me to fetch him some doggie biscuits! 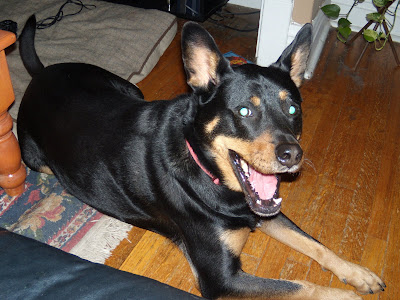