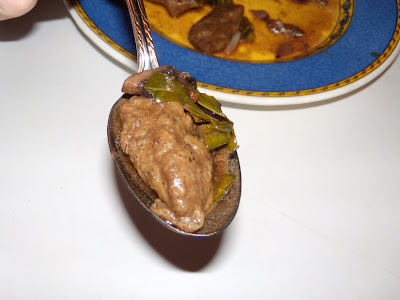 One of my favorite recipes using barley is Beef-Barley soup...so I decided to play with this idea by adding barley to some mashed potatoes and make fluffy pillows of gnocchi that resembles beef...first in pan shallots, portobellas, greens, stock and some of my new Japanese Yamazaki Single Malt Scotch to deglaze, and cook gnocchi.
I also made little 1/2 inch meatballs from some chorizo I had left in the freezer, but decided you could not see the field for the cows...they looked just alike...

-blend together in mound and then roll out on cutting board; adding flour as needed 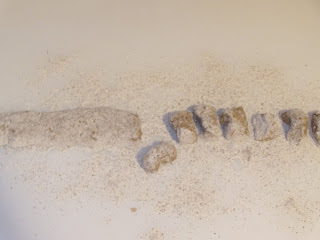 Barley is available in health food stores as a bulk purchase in the form of flour or whole grain versions. I used the flour version, but also toasted some and then ground it in the food processor. There needed to be a dense texture to this gnocchi. 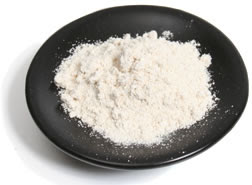 What really makes hulled barley stand out is it's impressive nutritional profile. The more you learn about barley nutrition, the more excited you'll get about this fun grain. 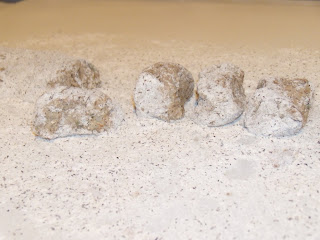 First of all, barley is chocked full of fiber, but you wouldn't know it due to its delightfull texture when cooked. It's also very high in selenium, which protects your cells from free-radical damage and also aids your thyroid in producing the thyroid hormone necessary for your good health. 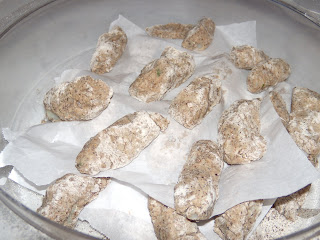 You can freeze it...let it sit out for a few hours to dry, and then dust it with more flour and layer in an airtight container. 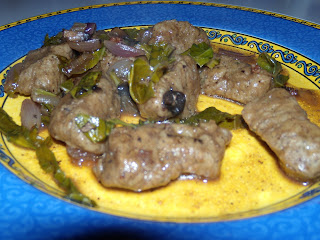